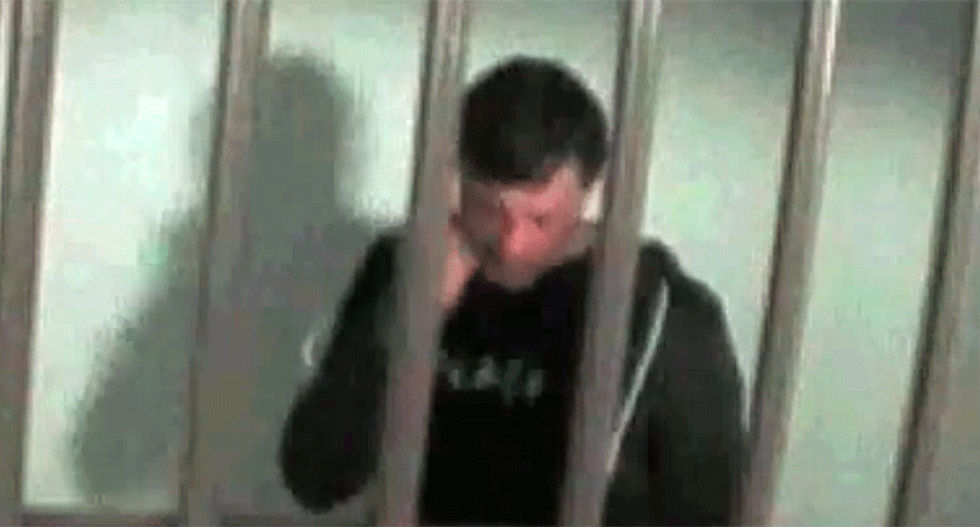 Newly-released footage shows a 33-year-old California man punching himself in the face while in an Oregon jail, undermining his claim that he was attacked by detectives, the Eugene Register-Guard reported on Tuesday.

The video, taken from surveillance footage, shows Aleksander Robin Tomaszewski in the Lane County Jail last month after being charged with sexual abuse and stalking. Throughout the video, Tomaszewski walks to the back of the cell and hits himself. The Register-Guard reported that he punched himself more than 40 times in the 4-minute video.

According to the Associated Press, Tomaszewski later filed a complaint accusing local detectives of assaulting him while interviewing him.

After being told about the video, Tomaszewski reportedly told officials that he filed the false claim in the hopes that it would help him get released. Instead, he was found guilty of additional charges of attempted coercion and initiating a false report. He was fined $500 and sentenced to 20 days in jail.

The footage, as posted by the Register-Guard on Tuesday, can be seen below.