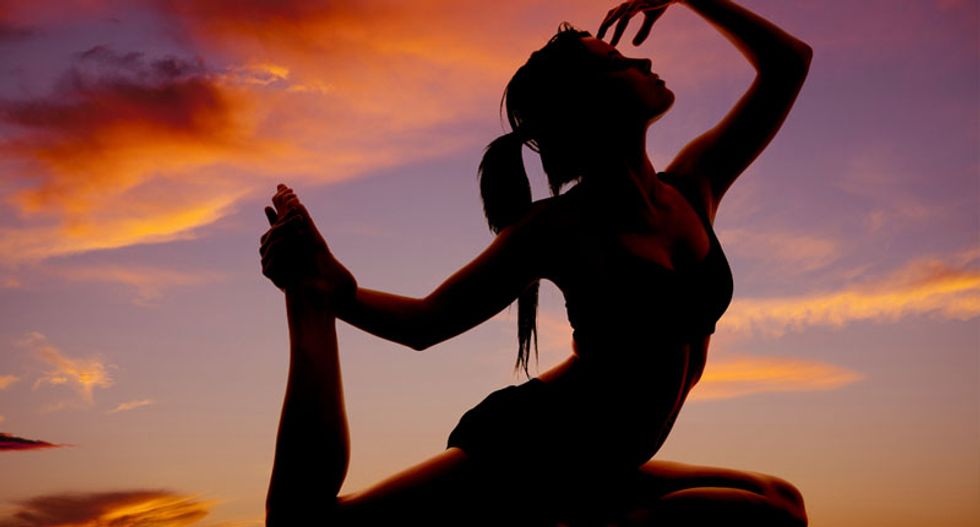 A Vancouver yoga instructor has become the sixth woman to accuse yoga guru Bikram Choudhury of sexual assault, alleging in a civil suit that the 69-year-old celebrity yogi forced sex on her multiple times over the course of three years.

Jill Lawler filed the lawsuit with the California Superior Court earlier this month. Her lawyer said on Thursday that they plan to serve the defendant "any time now."

"It's in progress," said attorney Mary Shea Hagebols, who is also involved in civil suits brought by five other women against Choudhury. The first case is set to go trial in August.

In her complaint, Lawler says she was first assaulted by Choudhury during a nine-week yoga instructor training course in Las Vegas in 2010, when she was 18 years old.

The harassment began with unwanted sexual touching and culminated with Choudhury asking Lawler to accompany him to his hotel room, where he raped her, according to the lawsuit.

Lawler said the sexual assaults continued over the remainder of the training course and throughout the following three years, when she worked for Choudhury's yoga studios and as a trainer.

In the court document, Lawler says she was terrified of Choudhury, who bragged he knew police and other powerful people in Vancouver, and frequently stated "people who don't listen to me, they die."

Choudhury's lawyer denied all claims of sexual assault in a statement emailed to Reuters, adding that the founder of Bikram yoga has never been criminally charged in any of the cases.

Still, the case has some members of Vancouver's close-knit Bikram yoga community reconsidering their ties to the yoga guru.

"Right now, obviously, we are deeply troubled by all this," said Jai Braithwaite, owner of Bikram Yoga White Rock, where Lawler practiced and taught classes. "We stand behind our teacher Jill, who grew up in this studio."

The studio is not a Bikram's Yoga branded franchise, though it is an associate studio. Braithwaite said he is considering changing the name to remove the reference to Bikram, though they will continue teaching the series of 26 poses.

He added that Lawler is taking time off, but said he remains hopeful that she will return to her practice.

"The door is always open for her here," said Braithwaite.

CNN.com noted Thursday that Sen. Ron Johnson (R-OH) put nominees to the Post Office Board of Governors on the spot demanding that they reveal if they've been pressured to fire DeJoy. Portman even asked the three nominees, Anton Hajjar, Amber McReynolds and Ron Stroman, the question before his colleague asked the same question.

Evacuations have been ordered in Downey, California, as firefighters work to contain a gas leak, KTLA5 reports.

"The Downey Fire department along with the Downey Police Department are currently on scene of a natural gas leak on the corner of Stewart & Gray Rd. and Rives Ave," the Downey Fire Department posted on Facebook. "Evacuations were only ordered for anyone within a 300-feet radius, but an emergency alert was sent to cellphones as far away as Hollywood. The public was asked to avoid the area."