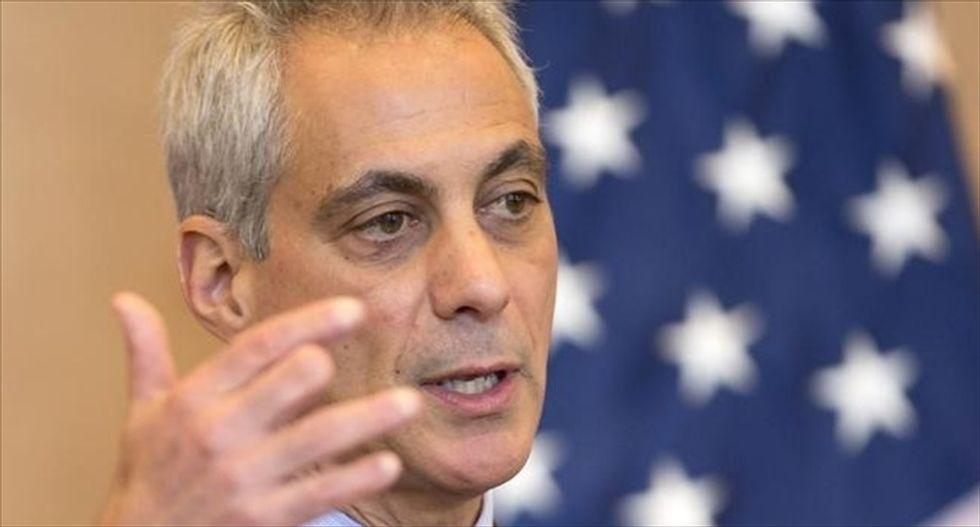 Chicago Mayor Rahm Emanuel failed to get more than 50 percent of the vote in Tuesday's election, and must face a run-off against second-place finisher Jesus "Chuy" Garcia in April.

Emanuel, 55, former chief of staff to President Barack Obama, has already spent millions of dollars in his race for a second term as head of the nation's third-largest city.

The run-off election against Garcia, a Cook County commissioner, will be held on April 7.

With 84 percent of precincts reporting, Emanuel had 45.5 percent of the vote, while Garcia had 34 percent. Emanuel's campaign has conceded there will be a run-off.

Emanuel, a former Illinois congressman, won the mayoral seat outright when he first ran in 2011.

But controversial decisions to close dozens of public schools and continued high crime helped send the Chicago mayoral election into its first run-off since the city started holding nonpartisan elections in 1995.

Garcia, 59, a progressive Democrat, was hugely outspent by Emanuel, who put $7 million into television ads, including one featuring a hug from Obama.

Garcia has argued that Emanuel paid more attention to the city's upper class and downtown than the poor and communities outside the commercial center.

Garcia had the support of the powerful Chicago Teachers Union, whose president Karen Lewis had planned to run against Emanuel but was sidelined by a brain tumor.

"Chuy has demonstrated that he is about building relationships between communities and seeking the advice of teachers and principals to base his education policy," said Troy Laraviere, 44, a high school principal.

Emanuel, known for his sometimes abrasive style, has argued that he had to make tough choices to rein in the city's budget deficit, which is expected to grow to $1.2 billion by next year due to an increase in payments to public pensions.