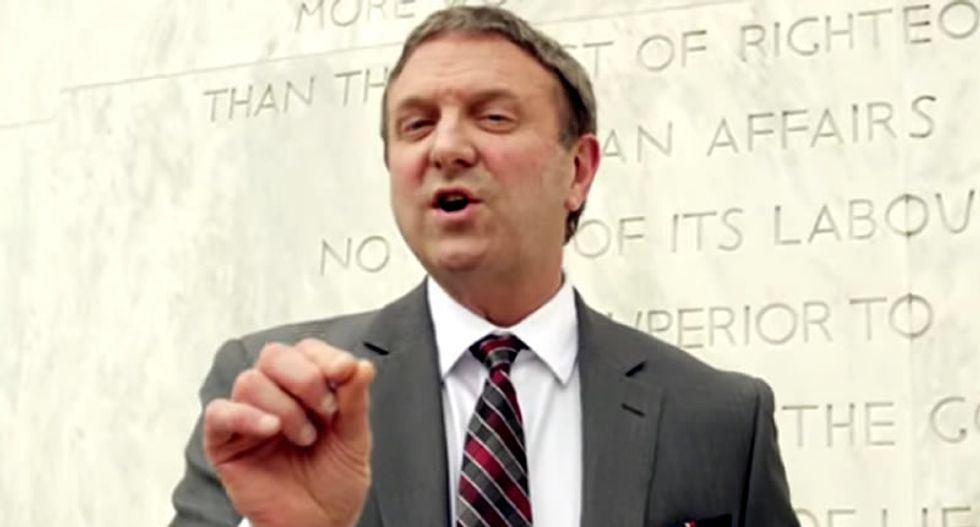 An Oregon pediatrician who claims his anti-vaccination position is responsible for the fact that none of his patients are on the autism spectrum spoke at a public hearing on the merits of Senate Bill 442, which would remove the religious and philosophical exemptions to vaccination in the state.

In a video preface to his testimony he posted on YouTube, Dr. Paul Thomas said that "we are going to be mandated to do whatever the state wants, and of course, it's going to be all vaccines for all kids at all times. You'll only be able to get a medical exemption from certain pre-selected medical providers."

"This is a travesty," he said. "We need to preserve the right for freedom of choice. Isn't that what it's all about for doctors anyway? Giving the 'pros' and the 'cons'? Because one of the alternatives for vaccines is doing nothing."

In his testimony, he introduced himself by noting that he "represents about 11,000 patients and 500 babies each month come to my practice wanting informed consent about vaccine. As a physician, it is my responsibility to give an assessment of the risks and benefits of all procedures, and we're not going to be allowed to do this if this bill passes -- and that's a tragedy."

After a brief discussion about the presence of aluminum in the Hepatitis B vaccine, Dr. Thomas claimed that in his practice, of the 1,000 children over 3 years old that he treats, there have been no new cases of autism.

On a blog post he wrote about his testimony, Thomas complained about the rules and procedures at the hearing.

"As I listened to senator after senator and doctors in favor of this bill (who all got unlimited time to testify) say that basically vaccines are safe (a lie) and how horrible the world will become if we don’t pass this bill (totally unnecessary fear mongering) you need to know that I was then told (my group onward) that we had a 3 minute time limit," he wrote.

"Parents," he continued, "just because it is not you getting that toxic dose (immunization) don’t get lazy on your duty to first protect your child. It is sad that in this case most of my peers are on the wrong side of science and the facts, but they are so you must leave your doctor if that is what it will take to protect your child."

Thomas then assured his patients that even if the bill becomes a law, they need not fear -- "I will find a way to get you a medical exemption if that is what it comes to."

Watch his testimony before the Senate committee below.