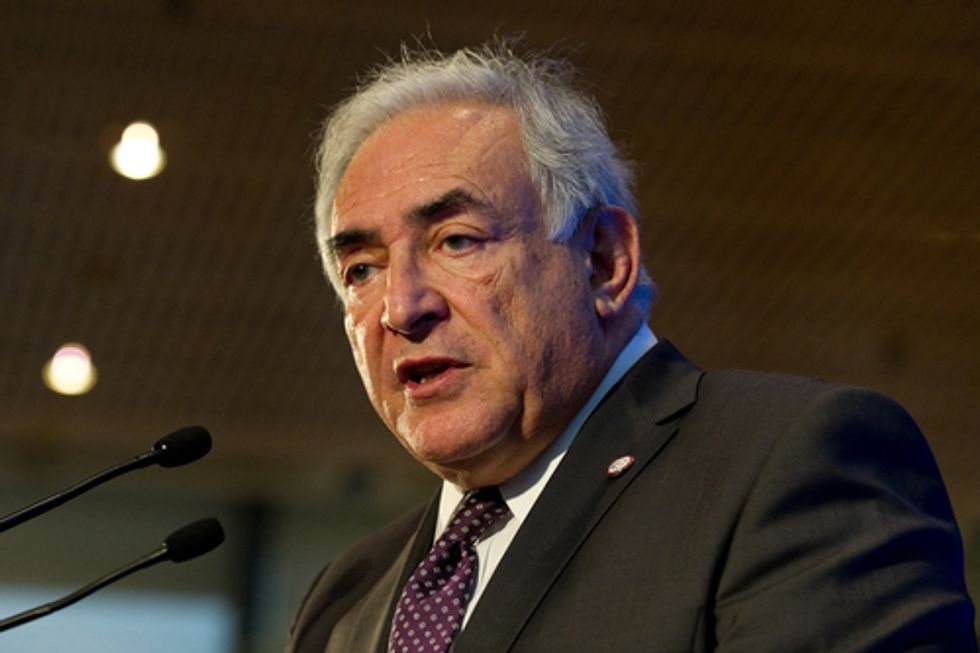 I realize this is an "international" story and thus is getting less attention than it really should, but y'all: The Dominique Strauss-Kahn trial is a marvel. Strauss-Kahn was accused of rape in the United States, which means that a lot of sexists automatically flocked to his side to defend him as a good and righteous man, as all men accused of rape are, you know. There was little hope of those charges going anywhere---the alleged victim was a maid, Strauss-Kahn is an incredibly wealthy world leader, so the power differential that exists in every rape case was multiplied many times over----but this case might have more legs.

In sum, the charge is that Strauss-Kahn participated in "pimping" by helping pay for sex workers that serviced the multiple orgies that Strauss-Kahn likes to enjoy. Strauss-Kahn can't deny that he was fond of orgies---I guess the evidence is just overwhelming against him---so instead his defense is that he didn't know the women at them were sex workers. Chew on that, slowly and carefully, everyone. What Strauss-Kahn wants you to believe is that he is such a sexual dynamo, such a hot piece of ass, that sexy young women are lining up to have sex with him, for free, in public places while his creepy ass friends watch. Here is a photo of him, to help you picture what he's trying to argue here: 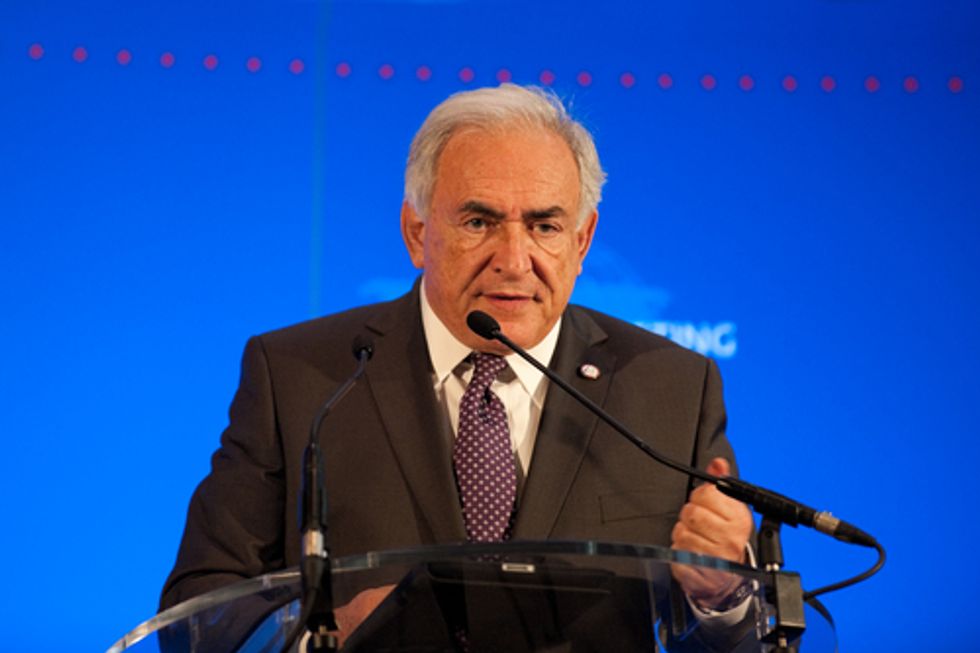 What I love about this defense is it really encapsulates the bad faith lip-smacking that men like Strauss-Kahn are accustomed to getting away with because of how much the world kow-tows to dudely bullshit. Common sense should tell us that horny and sexy young women are not lining up to service Dominique Strauss-Kahn where his friends can see. Sure, young women have sex. Many of them love having lots and lots of it. But, being sexy young women, they aren't so hard up. But because a lot of men would like to believe it's possible, and so Strauss-Kahn offers that excuse with a reasonable amount of confidence that the hope that it could be true will cause male jurors to round it up to claiming it must be true.

“When you read the criminal complaint, you get the impression it was this unbridled activity,” Mr. Strauss-Kahn said, “but it was four times a year.” He said that as head of the I.M.F. he was too busy trying to deal with an ailing global economy to have indulged in such affairs more often.

In more recent testimony, which has been leaked, Mr. Strauss-Kahn acknowledged that he referred to the women in text messages as “equipment.” He said he might have been naïve about why the young women were there.

Not only would Strauss-Kahn have you believe that sexy young "socialites" were lining up to have sex with him and his buddies for free, but that women have no problem with being called "equipment" and treated as if they were appliances. That is a deeply dehumanizing attitude, not just in the treatment of women that way, but in pushing the idea that women love being treated that way---that they are turned on by it, in fact. It take misogynist wishful thinking to a level that I bet even the assholes in some Reddit "pick-up artist" forum would be skeptical. We should all be troubled that a man who thinks of half the human race in this way has accumulated so much power.