Eastern United States braces for yet another massive winter storm 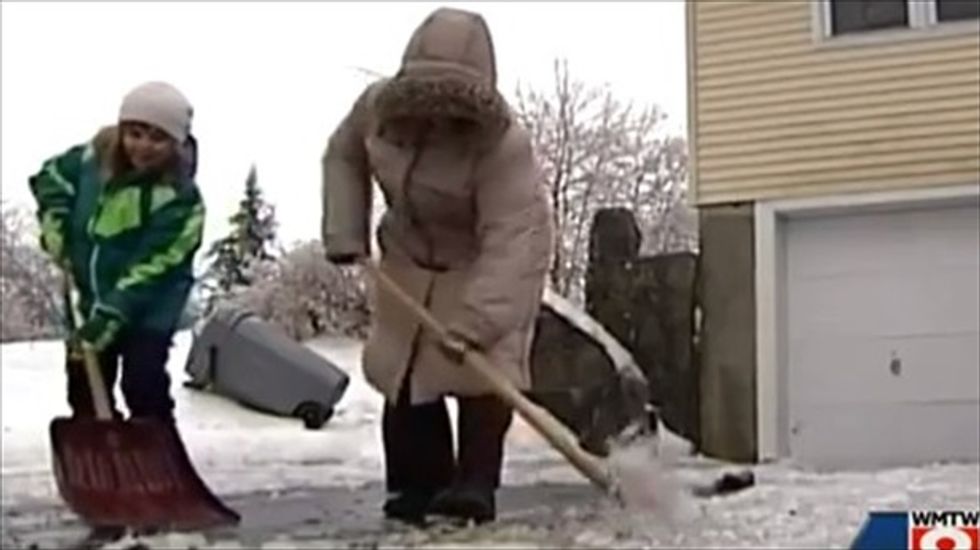 A fresh band of winter weather was pounding parts of the Tennessee and Ohio valleys with snow and rain on Saturday as it headed toward the U.S. East Coast, threatening to bring more misery to storm-weary Boston.

The system cut a 2,000 mile path from southern Missouri to Maine, with a winter storm warning in effect until Sunday for parts of southern Indiana, Ohio, West Virginia and Western Pennsylvania, the National Weather Service (NWS) said.

In Kentucky and Tennessee, forecasters warned of possible flooding as rain fell on frozen ground.

The system was expected to bring a wintry mix of rain, sleet and snow from Washington to New York City, followed by another blast of bone-chilling cold.

Boston, already hit by 98.7 inches (251 cm) of snow this winter, was due more, said Bob Oravec, a meteorologist with the NWS. "Boston has had a lot of heavy snow this winter and it looks like they are going to get some more," he said.

Another blast of Arctic air will follow the storm system, with well-below freezing temperatures in store on Monday for millions of people along the East Coast.

In Brooklyn on Friday, temperatures hovered around 4 degrees Fahrenheit (minus 15.6 degrees Celsius), beating the record low of 7 degrees set in 1950, according to NWS records.

A 119-year-old record low temperature for Feb. 20 was broken in Washington, with a temperature of 5 degrees Fahrenheit (minus 15 degrees Celsius) recorded at Ronald Reagan Washington National Airport.

At least four people have died because of the cold weather in Kentucky, officials said, and at least two people froze to death outside in Pennsylvania.