Ex-NFL running back Ray Rice apologizes for assaulting his wife 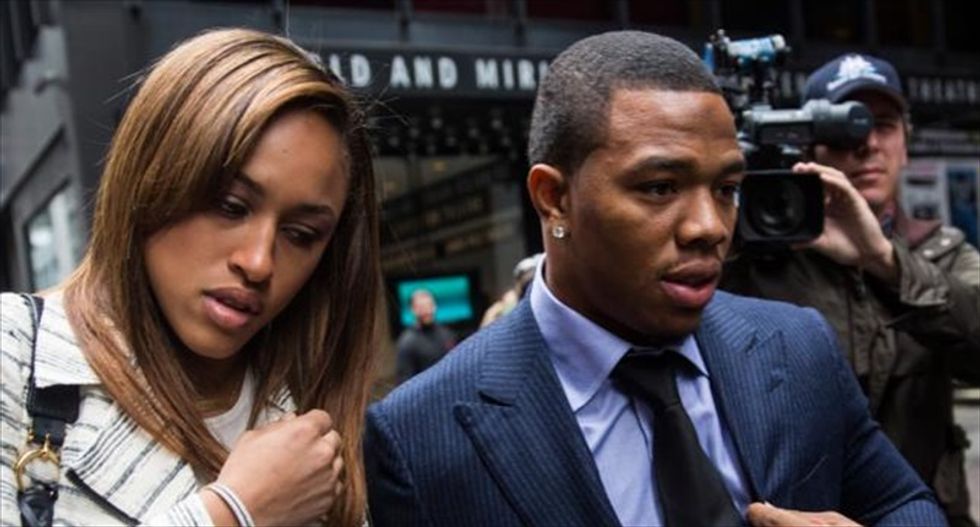 Running back Ray Rice, released by the Baltimore Ravens after video surfaced of him knocking his then-fiancee unconscious in a New Jersey casino elevator, apologized on Friday to the team and the city of Baltimore for the "horrible mistake I made."

Rice, arrested after the assault last February, spent his entire seven-year National Football League career with the Ravens and is now hoping another team will give him a second chance.

Rice made his apology in a statement addressed to "Dear Baltimore" and said it was not a farewell.

"To all the kids who looked up to me, I'm truly sorry for letting you down but I hope it's helped you learn that one bad decision can turn your dream into a nightmare," he said in a statement.

"There is no excuse for domestic violence and I apologize for the horrible mistake I made."

The assault on Janay Palmer, who is now Rice's wife, was a catalyst for the NFL strengthening its policies on domestic violence and sexual assault.

"I hope you can find it in your heart to forgive me, and I hope to make a positive difference in people’s lives by raising awareness of this issue," Rice said.

"The last seven years that my family and I have spent in Baltimore have by far been the best of our lives," he said. "From the bottom of my heart, I thank you all for the love and support you’ve shown my family and I throughout my football career."

Rice was a three-time Pro Bowl running back and a major reason the Ravens won the Super Bowl following the 2012 season.

Rice had pleaded not guilty in May to a count of aggravated assault and was entered into a pre-trial intervention program for first-time offenders.

Although his suspension from the NFL was overturned, the 28-year-old Rice has yet to sign with another club.

"We’ll always be grateful for the love we’ve received from all of our fans and supporters, and for winning a Super Bowl," he said.

"I'll always be proud to say I played for the Baltimore Ravens."