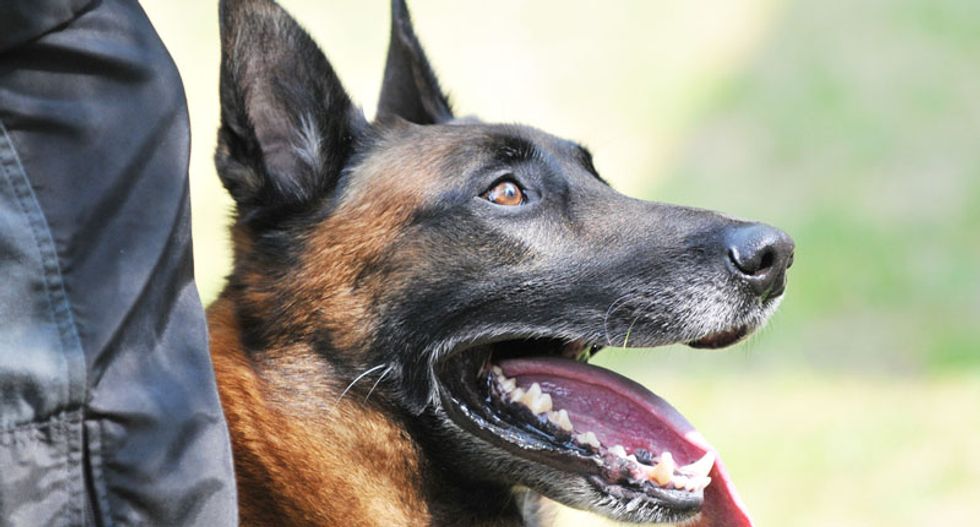 Proving that it is not impossible to be kicked off the police force for attacking someone, a Florida police dog has been taken off K9 duty after biting a doughnut shop employee, three months after biting another officer.

According to the Sun-Sentinel,  Renzo, a 4-year-old Belgian Malinois, escaped from a Coconut Creek police cruiser and attacked a doughnut shop employee last week, biting him on the calf.

Last November, Renzo bit a police officer while he was tracking a suspect, wounding the officer's leg.

Announcing in an email that the K9 is being relieved of duty,  Police Chief Michael J. Mann wrote: "I have made the decision to retire K9 Renzo,"

According to police reports, Renzo accompanied his handler, Officer Carl DiBlasi, to a doughnut shop to meet with fellow officer Sgt. Brandi Delvecchio.  As Delechhio attempted to pet the dog, he lunged at her through the car window before breaking free from DiBlasi. The dog initially started after another officer before changing directions and attacking doughnut shop employee Robert Doherty who was getting his work apron out of his car.

Renzo ignored commands from his handler calling him off and bit Doherty four times on his right calf and shin. According to the police incident report, DiBlasi had to "pry" Renzo from his victim "after less than a minute of struggling."

Doherty was attended to by paramedics at the scene. He has retained an attorney and intends on suing the department over the attack.

After more than than a year and a half on the police force, Renzo will now live with DiBlasi.