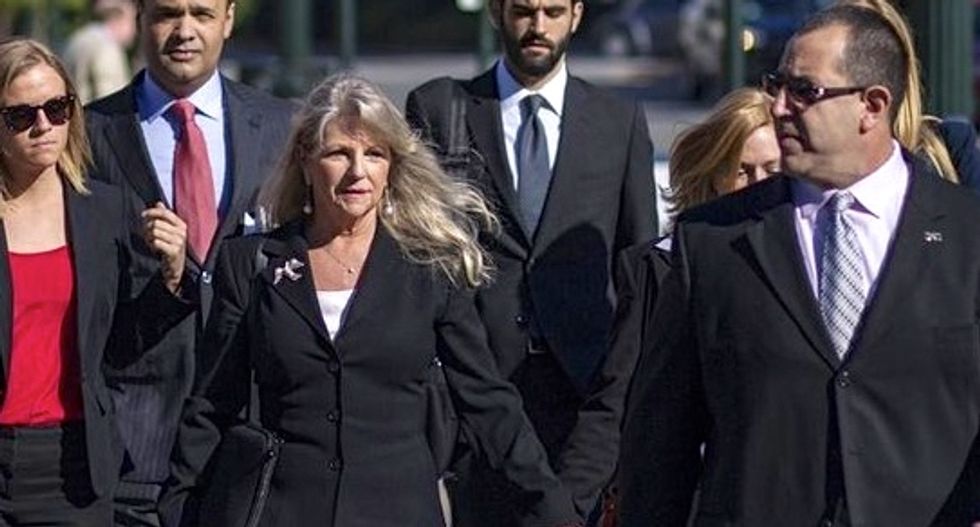 Former Virginia first lady Maureen McDonnell was sentenced on Friday to 12 months and one day in prison for her federal corruption conviction for taking bribes from a businessman.

The sentence was shorter than that sought by federal prosecutors, who had asked for 18 months in prison. Defense lawyers had argued for a community service sentence, saying McDonnell had been humiliated enough by the scandal and trial.

During the sentencing hearing, Spencer called the case "puzzling, sad and tragic and sometimes bizarre." He said that in the end that the first lady was "bedazzled by material possessions."

McDonnell was convicted in September along with her estranged husband, former Governor Robert McDonnell, for accepting $177,000 in sweetheart loans and lavish gifts from Star Scientific Inc Chief Executive Jonnie Williams in exchange for promoting his company's main product, the anti-inflammatory Anatabloc.

The five-week trial laid bare rifts in the couple's marriage and tarnished Virginia's reputation for clean government. Witnesses described the former first lady as unstable and driven by greed.

Maureen McDonnell was convicted of nine counts of corruption, but Spencer dismissed the obstruction of justice charge in December.

Robert McDonnell, a Republican who left office in January 2014, was convicted on 11 counts and sentenced to two years in prison last month. He is the first Virginia governor to be convicted of a felony, and is free pending an appeal.

The gifts to the couple from Williams included a $6,500 Rolex watch, wedding and engagement presents and golf outings and equipment.

He provided a $50,000 loan and a $15,000 "gift" to cover wedding expenses for McDonnell's daughter. He also gave a $70,000 loan to a corporation that the governor and his sister used to manage beach properties.

(Reporting by Ian Simpson in Washington; Editing by Peter Cooney and Lisa Lambert)