Fox host: 'We had to give up our freedom' during snow storm because climate change is a hoax 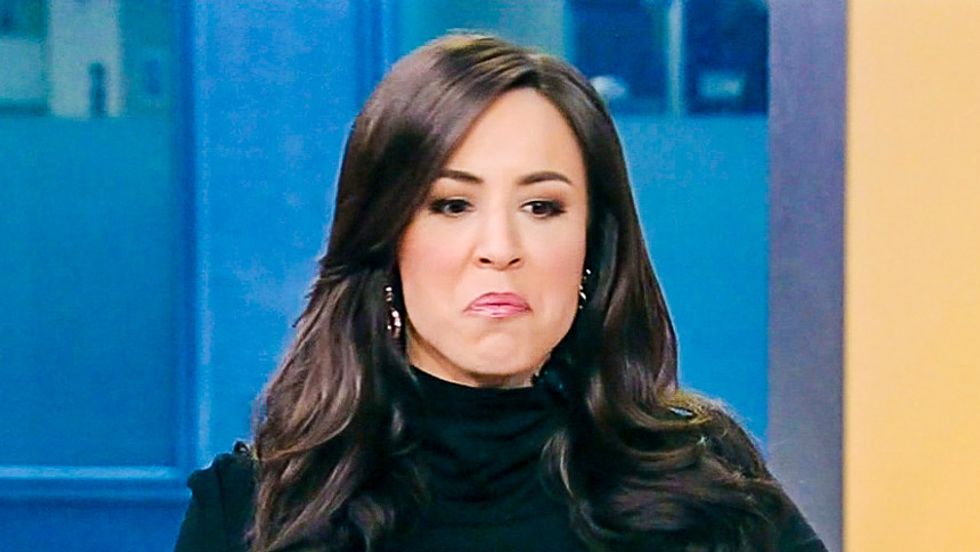 The hosts of the Fox News program Outnumbered on Wednesday slammed the White House for saying that climate change affects more Americans than terrorism. Because according to one host, faulty "science" about a recent snow storm made Americans "give up our freedom."

In a recent interview with Vox, President Barack Obama had said that the media tends to overstate the threat of terrorism compared with the threat of climate change and disease "because that's what folks watch, and it's all about ratings."

"I think, Jon, the point that president is making is that there are many more people on an annual basis who have to confront the impact, the direct impact on their lives of climate change or on the spread of a disease than on terrorism," White House Press Secretary explained to Karl.

This notion outraged the hosts of Outnumbered on Wednesday.

"How many Americans have died from climate change?" host Andrea Tantaros asked.

"Climate change cannot dress up, cross continent borders, look like a neighbor, plan, plot, sit in the cut, and then blow something up," co-host Harris Faulkner opined.

Attorney Mark Eiglarsh pointed out that Ernest "is just saying it affects more people in terms of numbers."

"No, this all about the president wants to make corporations the enemy," co-host Melissa Francis insisted. "That's much easier. He's so much more comfortable fighting back against the 1 percent, against companies who are changing the environment rather than against ISIS."

"Is there anything factually incorrect about the statement that more Americans are impacted by climate change?" Eiglarsh asked.

"The science is off," Tantaros shot back. "And let me point to a very recent example. That's the most important thing, the science is off. We just had a snow storm two weeks ago in New York. They told us New York City was going to get blown out."

"We had to give up our freedom and sit in our house, no cars on the road," she continued. "Guess what? The models were wrong. So they got the models wrong on the science 24 hours before. How about those models 10, 20 years from now?"

"The models were exactly right for the people in Boston," Faulkner observed.

"This hysteria, this crisis, this spending taxpayer dollars to fix it, until we have it as a fact, I don't think we should do it," Tantaros declared.