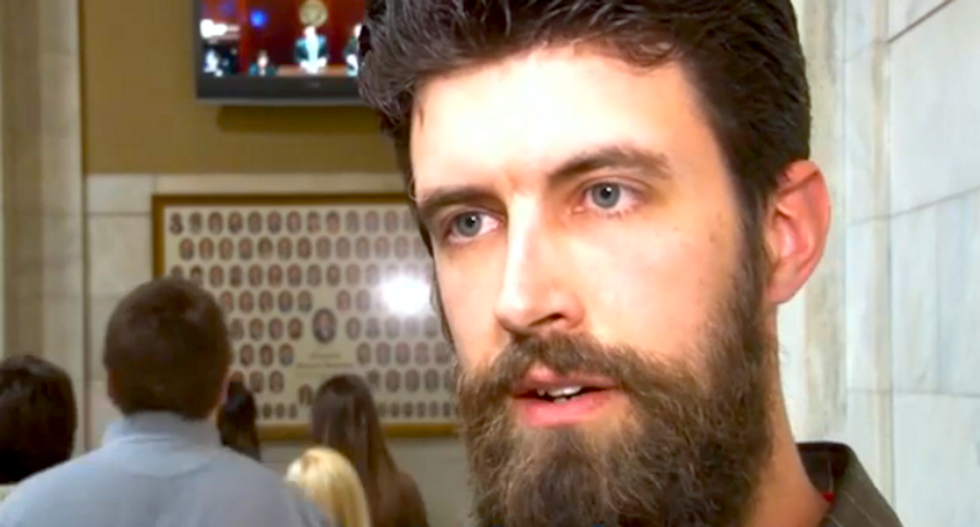 A gun-rights activist set up a billboard introducing even more confusion into the discussion over whether Arkansas permits the open carry of handguns.

Paul Calvert -- a self-described “gentleman philosopher, scientist, and engineer” -- paid for a billboard notifying passersby of his interpretation of state law.

"You don't need a permit to carry a handgun anymore,” reads the sign along Highway 64, outside Conway. “The law has changed."

Legislators passed a law in 2013 intended to clarify rules for carrying handguns, but lawmakers and law enforcement alike remain unsure on its meaning.

The attorney general when the law was passed did not believe Act 746 made Arkansas an open carry state, but the current attorney general believes it allows for open carry unless a person intends to use their weapon “unlawfully” against another person.

Some county prosecutors consider carrying a gun without a permit a citable offense, while others do not unless it’s used in the commission of a crime.

Other counties leave enforcement up to a police officer’s discretion.

Calvert, who frequently shares his opinions on the law and politics on his Facebook page, believes the law restores “the right for people to bear arms in Arkansas.”

“This is just one way to get the word out, especially because there are some law enforcement agencies that are still giving people false information," Calvert said.

For example, he proposes an end to jailing drug dealers – although he’s admittedly unsure whether anyone is jailed for simply using drugs – and suggests bringing back old-time punishments, including “public whippings” and indentured servitude.

“If we sold people into indentured servitude to pay for the damages after they got high and destroyed someone's property, I think that might be a far better solution to the drug problem,” Calvert mused.

He also suggested the government had “declared war on the good people who give them power” and treated private business owners as “public servants.”

Calvert wondered whether people with contagious illnesses should be punished for going out in public without a surgical mask or a protective “chemical suit.”

“I think this is more reasonable than forcing people to get vaccines,” he said. “Let's do a trade. Let's shut down the Arkansas medical licensing boards in exchange for this good law that I am proposing.”