Georgia deputy fired after handcuffing 12-year-old to pole, beating and Tasering him 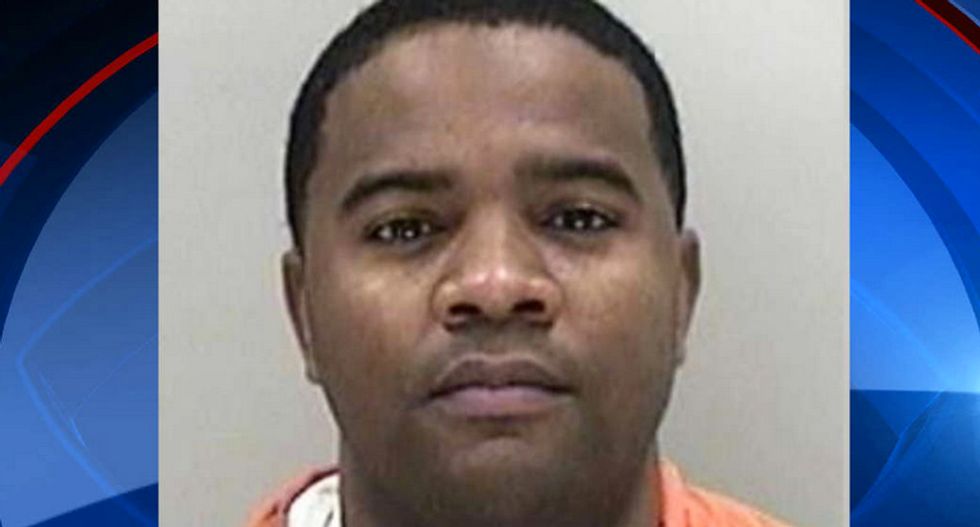 A Richmond County Sheriff's Office deputy has been fired and is facing criminal charges for allegedly beating and Tasering a 12-year-old boy after handcuffing him to a pole,  WRDW is reporting.

Alton Walter is facing felony charges of false imprisonment and cruelty to children in the 1st degree, according to Richmond County Sheriff's Office Lt. Allan Rollins.

According to the boy's mother, she asked Walter to speak with her son because she was worried about him "running with the wrong crowd."

"That's all the situation was supposed to have been," she explained. "That the officer come over, speak to my son, talk to him verbally, just conversation. No physical contact, no nothing."

According to neighbors the off-duty officer came by the house Tuesday evening while the boy's mother was at work after which they heard the boy -- identified as Brandon-- crying in the yard.

One neighbor stated he saw the deputy handcuff the young man to a pole holding up a basketball backboard before he began punching him "like he was a boxer." He added that the deputy also used his service baton to hit the Brandon in the legs, knocking him to the ground.

Neighbors also reported that the officer used his Taser on Brandon, although Walter told investigators he just used it to menace the boy.

Asked by a reporter if he had been Tasered, Brandon replied that he had been 'electrocuted."

"The things that this officer did to my child, in his own yard, was what I was trying to prevent happening to my child, period, " Brandon's mother explained.

Following an investigation, Walter was terminated by the sheriff's department and taken into custody.

Watch the video below from WRDW: