Happy Valentine's Day? Why being single is bad for your financial health 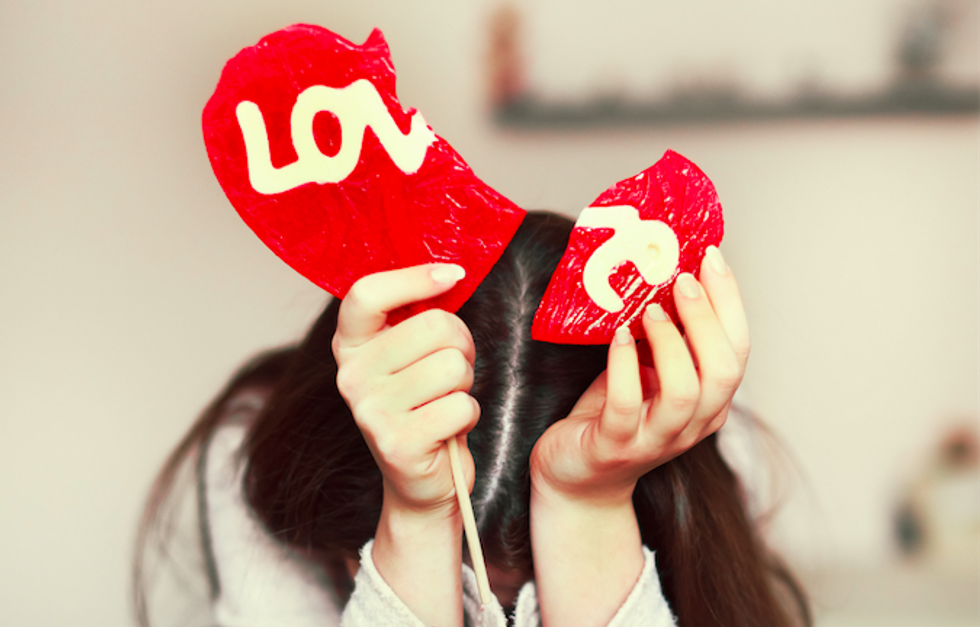 Happy Valentine’s Day? If you’re not feeling the love for 14 February, join the club. But we singletons have a lot more to gripe about than a dearth of roses and the inability to get a table for dinner at a nice restaurant. Being single is actually hazardous to your financial health.

Married couples who like to complain about the “marriage penalty ” in tax rules – which can have them forking out thousands of dollars more in payments to the IRS now they file jointly – don’t realize that that over the course of the year, the financial benefits they derive from being a couple may be just as significant. It’s just that rarely are they ever spelled out explicitly.

Your auto insurance company isn’t going to tell you: “Congratulations! Because you’re married , you have now qualified for a lower rate!”

The financial benefits of coupledom start early and add up over time, especially if you’re a woman and already likely to earn less over the course of your lifetime. One study pegged the lifetime cost of being single at as much as $1m .

You’ve decided to revisit Europe with your new partner and introduce him to the places you loved on your last visit – and realize, to your joy, that sharing hotel rooms cuts the cost literally in half, and splitting the car rental in half makes in cheaper for each of you than it would if you were making the trip solo. Even if you’re traveling by train, rail passes offer special deals for people traveling together. If you’re planning a cruise, the benefits are even more stark: if you want to do it solo, you’ll get hit with a penalty for occupying a cabin on your own.

Move in together, and the benefits start to multiply . You once struggled to juggle rent or mortgage payments on your own; now there are two of you earning a paycheck (well, hopefully) and either this frees up a lot of extra cash for you both to save or spend on those vacations, or it means that you can grab a nicer space.

(I confess to envying those within my circle of friends who were able to execute this manoeuvre; envy that spilled over into irritation when they didn’t understand why I chose to abandon New York’s high rents, as a singleton. “It’s not really all that expensive,” one told me. “We found something.” Yes, I muttered to myself; the key word there was “we.”)

The same applies to most household expenses. You can cut utility bills and the cost of household repairs in half. Even food bills drop: you can buy more efficiently when there are two of you eating.

Then we get into the lifestyle stuff. When you go to a wedding, or have to buy a Christmas or birthday present for one or the other’s parents or siblings, suddenly, it’s a present from “Mike and Jane” or “Cassie and Dave” – you can share the financial burden. And you win the other way around too, since most of your old friends and family members will direct their own gifts for you to either Cassie or Dave, rather than to you as a couple (unless, of course, it’s a wedding gift). Health clubs offer couples special rates. If you’re a couple, you can get a joint cellphone plan and save that way, too.

And for all the griping about the marriage penalty, if you decide to tie the knot, the financial benefits extend well beyond the silver photo frames, the fancy espresso machine and other gifts. While Obamacare has, to some extent, eliminated some of the advantage given to those seeking health insurance as a couple, you’ll still get other financial breaks once you’re married.

Lawyers have calculated that in the workplace, the “ marriage-centric” nature of the benefits that companies offer mean that the value of a single person’s compensation is about 25% less than that of his or her married colleague’s package – even if they are earning the same nominal salary. You can live with and support a parent, sibling or child – but you can’t name them as a beneficiary on most pensions: only a spouse qualifies.

Let’s not even get into the ways in which some entities actively discriminate against singles. There will be some neighborhoods where you won’t be able to rent or buy – yes, studies have discovered housing discrimination against singles. There will be issues like working on holidays, promotions and all that stuff – rightly or wrongly, many folks still view married individuals as more stable than singles.

Several big benefits involve retirement. For starters, married couples seem predisposed to save more . Then, too, the tax laws favor them. You can name anyone as a beneficiary of your IRA: yippee! But if you’re married, and your spouse isn’t working, you can save extra (tax free!) for every year that he or she isn’t employed. And if there’s a health emergency and you need to tap into that cash to cover medical or education expenses, the spouse can do that under some circumstances – and without paying the 10% penalty a singleton faces .

Social Security favors married folks even more blatantly. If I were married, I could collect half of my husband’s benefits while he was still alive. If he died, and his benefits were higher than my own would have been, I would get his instead of mine. Great deal.

In fact, the only way that being married imposes a lasting financial penalty seems to involve having a large family and then having both spouses encounter job problems. Raising children is a costly enterprise – the average annual price tag is between $12,800 and $15,000 for a middle-income family raising a child to the age of 18 – so that changes the dynamics somewhat. But then, with children come a host of new tax breaks and benefits that singletons don’t benefit from. And of course, not all parents are in couples…

After pondering the myriad ways in which I’m disadvantaged, financially speaking, by remaining single, the only thing that is stopping me from rushing out to sign up for an online dating service is the recognition that if there’s one thing worse than watching couples bask in their financial privilege, it would be ending up in a toxic relationship.

After all, the statistics also show, very clearly, that if marriage is no solution to poverty, divorce can be a giant step toward financial disaster .

NASA has made history by successfully flying the mini helicopter Ingenuity on Mars, the first powered flight on another planet.

Here are some key things to know.

A Justice Department Inspector General investigation had a strange moment when a senior official refused to speak to the IG and then abruptly resigned.

According to the report, a "non-career member of the Senior Executive Service" refused to appear for a compelled interview with the IG, which then triggered a misconduct finding.

Police responded to the incident on April 10, when someone called 9-11 saying Shane Belleville, 36, tried to run over him and a group of friends.