Having criticized atheism, now it's time to defend it against strawmen 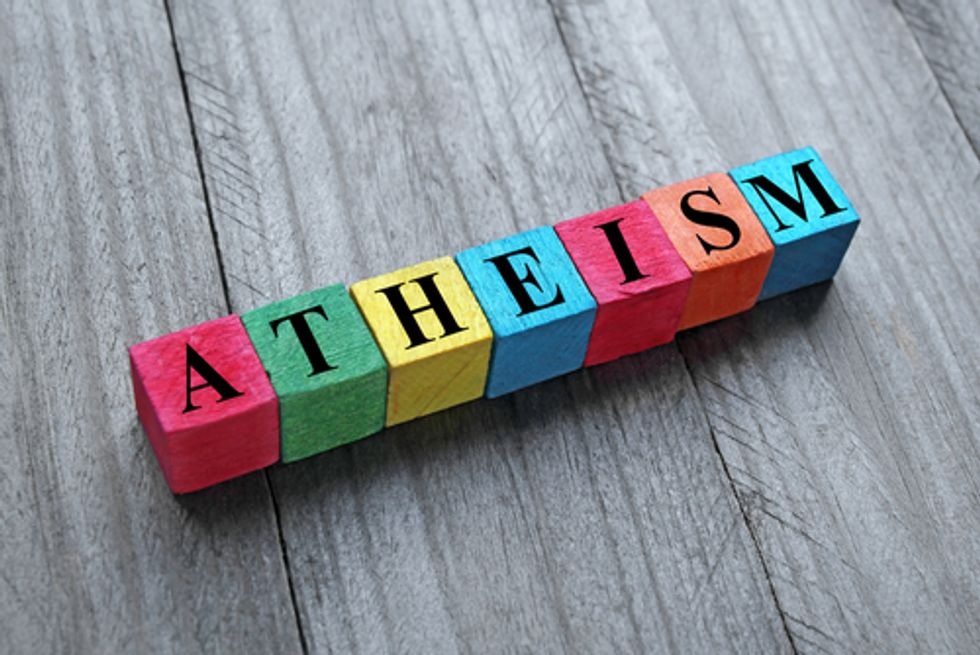 It's one thing to say, as I did yesterday, that atheists need to embrace a philosophy of self-reflection and self-policing that religions sometimes lack. But it's another kettle of fish entirely to use the Chapel Hill murders as an opportunity to take a bunch of potshots at atheists that appear to be rooted in a resentment that has little to do with legitimate concerns about fanaticism, which is what Christian writer Elizabeth Stoker Bruenig did at the New Republic, using this murder to grind the hell out of an anti-atheist ax.

Led by luminaries such as the late Christopher Hitchens and evolutionary biologist Richard Dawkins, New Atheism takes as its core creed a species of Enlightenment liberalism that exalts reason and free inquiry, without bothering to define reason or to explain what is worthy of inquiry, and why. For a school of thought that presents itself as intellectually robust, it is philosophically bankrupt and evidently blind to its similarities to the religions it derides.

I enjoy that she used one of the favorite denunciations that religious people lob at atheists: Oh yeah, well, you're so bad you might as well be a religion! Since people who do this are trying to defend religion, it's odd that they consider it an insult to equate something with religion. It's a tacit admission that religion is silly and irrational or, to quote Bruenig, "philosophically bankrupt". And sure, religious apologies do seem philosophically bankrupt to me, based more on wishing and hoping than on rational argumentation. But she baldly states that new atheism refuses to define its terms or ask what is worth inquiring, an accusation that is baldly false. Of course they do both, all the time. The God Delusion spends a huge hunk of its time laying out both why he thinks there is no god and why he thinks the question matters. You can disagree, I guess, but you can't say Dawkins refuses to answer the questions.

Instead she says it's just a bunch of white guys:

Because it is more critical of religion than introspective about its own moral commitments, it assumes there is broad agreement about what constitutes decency, common sense, and reason. Yet in doing so, New Atheism tends to simply baptize the opinions of young, educated white men as the obviously rational approach to complicated socio-political problems. Thus prejudice in its own ranks goes unnoticed.

She backs this up with statistics showing that it's a lot of white guys. Which is true and no doubt a problem, but not for the reasons she thinks.

Look, if you have a problem with white men demanding you take their opinions as fact on the basis of authority---which is an understandable problem to have and one I share---start by hating on Christianity, which is basically that, but for 2,000 years. And believe me, there is a white guy mansplaining problem within the atheist ranks, as well. We are definitely not running short on dudes issuing dudely opinions on shit they do not understand and do not care to learn about because of their mistaken belief that they know all they need to know to be the authority on the subject. This is, indeed, the source of much racism and sexism in atheism---though even our worst offenders can't hold a candle to the people who think all their dumb prejudices come into them straight from the Lord Above.

But you know what? While Richard Dawkins may speak out of his ass at times about race and gender, when it comes to atheism, it's simply and demonstrably false that he is just issuing decrees he expects you to take on faith. If you bother to read The God Delusion, you'll find that it's a persuasive, well-thought-out argument that does not, in fact, assume very much. Here's some excerpts, if you're so inclined. And some more. Dawkins can be a thoughtless dick on the internet,* but when he writes books, he actually puts time and care into his arguments. Bruenig is right that Dawkins puts forward a bunch of prejudices as if they were fact---about Muslims and about women primarily---but on the subject of whether or not any gods exist, nope. On that subject, he has thorough and often insurmountably strong arguments.

I believe that atheists need to be self-policing about our own tendencies to engage in tribalism and excuse bigotries that come from "our" people. But, on the flip side, I am going to stand up against attempts to demonize and discredit atheism itself because some people in it are assholes. Fuck, that's true of anything. I realize that it must be tempting as all get-out to use this murder in an attempt to discredit a movement because it threatens religious hegemony, much in the way that it's tempting for the Bill Mahers of the world to use Muslim terrorism as a weapon to attack Muslims generally. But it's intellectually dishonest. If the arguments in favor of atheism upset you, explain why they're wrong. If you can't do that, that's your problem.

In sum, it's one thing to call on atheists to police ourselves and to watch for rhetorical excesses that could lead to fanaticism. It's another thing entirely to use this as an excuse to indulge the fantasy that atheists are taking their beliefs on faith just as much as religious people are. When it comes to the god question, that is demonstrably false.