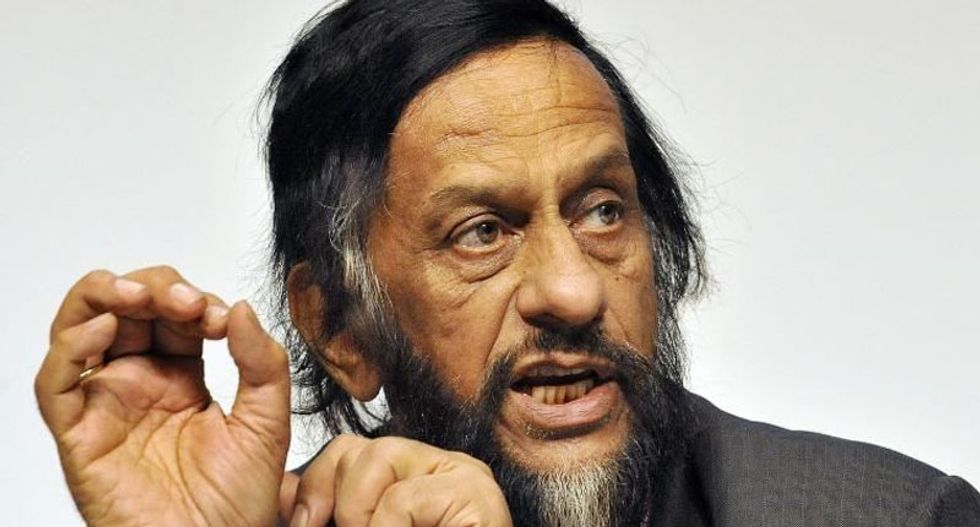 The head of the UN's climate science panel, Rajendra Pachauri, has stepped down, the body announced Tuesday, amid claims that he sexually harassed a subordinate.

"The bureau of the Intergovernmental Panel on Climate Change agreed on Tuesday... to designate vice-chair Ismail El Gizouli as acting IPCC chair," it said. "The designation of Gizouli follows the decision by Rajendra K Pachauri, PhD, to step down as chairman of the IPCC effective today."

The Nobel Peace Prize-awarded panel made its announcement from the Kenyan capital where a four-day conference opened Tuesday on the latest global warming science in a crucial year for climate.

Pachauri cancelled his attendance at the Nairobi meeting after a 29-year-old female researcher from the New Delhi-based think tank he heads, The Energy and Resources Institute (TERI), accused him of sending her inappropriate messages.

A leading voice on the dangers of climate change, Pachauri denied any wrongdoing, saying his email account and mobile phone were hacked.

On Monday, he was granted official "relief from arrest" for three days as police investigate the harassment complaint.

"We look forward to a productive session in Nairobi this week."

The world's nations are meant to sign a universal carbon-curbing pact by December, which will be largely informed by the findings in the IPCC's latest analysis, dubbed the Fifth Assessment Report.

A summary of the latest climate science, it was published in episodes until November last year.

"I don't think that this will have consequences for Paris," said climate ambassador Laurence Tubiana of France, which will host the UN's 21st Conference of Parties from November 30-December 11 to finalise and ink the new world deal.

"The work of the fifth (assessment report) has been finalised and nothing is going to change from this point of view," she told AFP of Pachauri's resignation.

The IPCC report had warned that on current greenhouse gas-emission trends, the world is on track for double the UN goal of limiting global warming to two degrees Celsius (3.6 degrees Fahrenheit), with devastating floods, droughts and sea-level rise the result.