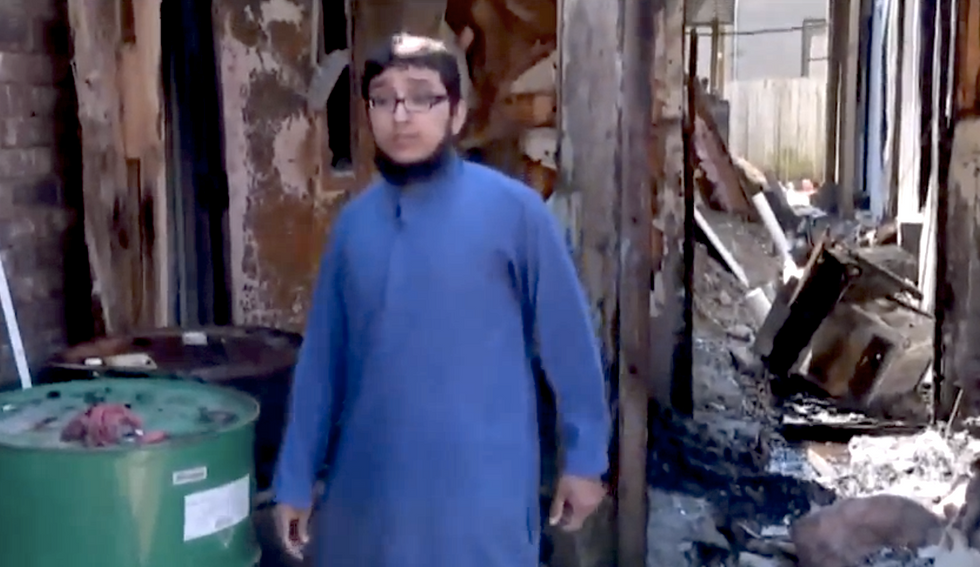 A homeless man has been arrested and charged with arson for a fire that destroyed a building at an Islamic institute in Houston, fire officials said on Monday.

The blaze early on Friday at the Quba Islamic Institute destroyed one of three buildings there, but no one was injured. Fire officials said Darryl Ferguson, 55, confessed to causing the fire.

Houston fire officials told reporters that Ferguson came to the site of the fire on his bicycle on Monday, and detectives asked if he wanted to talk to them. He said he did, and later confessed to the fire.

The fire came days after a gunman shot dead three young Muslims near the University of North Carolina. The incident drew international attention and Muslim activists urged authorities to investigate it as a possible hate crime.

Houston fire officials said on Monday authorities are still investigating whether the alleged arson was a hate crime.

The institute has continued operating since the blaze.

The FBI, which is monitoring the investigation, says hate crimes are fully or partly motivated by bias against race, religion, ethnicity, disability, gender or sexual orientation. They generally carry greater penalties.