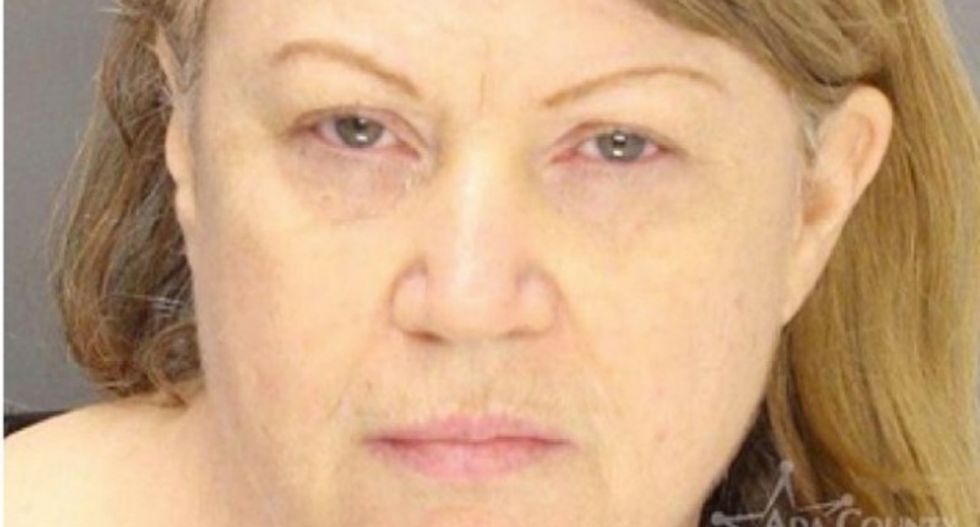 A Boise woman is facing felony charges after police say she beat, kicked, and stomped on the neck of a Jewish woman in an attempt to convert her to Jesus, KTVB reports.

Calling it a hate crime, prosecutors have charged Margurite Dawn Haragan, 58, with two counts of malicious harassment for beating the woman identified in court documents as  "A.G."

Describing Haragan an acquaintance of the victim, authorities said she showed up at the home of A.G. on Feb. 5 and began banging on her window.

"The defendant was banging on the front window yelling at her that she better believe in Jesus and she was not going to leave until she did believe in Jesus," Ada County Prosecutor Dave Rothcheck said.

According to Rothcheck  the victim opened her door to tell Haragan to go away and to write down her license plate number, only to have Haragan slap her in the face and drag her to the ground by her hair.

"The defendant began kicking the victim in the stomach and thigh area," he said. "During this time the defendant was screaming at the victim that she better accept Jesus or she would not let up."

Prosecutors say Haragan then stepped onto A.G.'s neck as she lay on the ground, pressing down with her foot while pulling up on the woman's head and hair.

In an effort to stop Haragan, the victim said she would convert and Haragan then reportedly let her go and left.

According to court documents, Haragan returned to the victim's home two days later and carved  "death bin bond" into her mailbox before cutting up her mail.

On Thursday Haragan told a judge that she didn't know what she was being charged with, refused a public defender, and said she didn't want a lawyer, telling the judge, "I am a sworn-in deputy of Ada County and I also give my oath that what I say is legal and binding."

According to authorities, there is no record of Haragan working as a deputy in Ada or any of the other surrounding counties.

Judge John Hawley appointed a public defender to Haragan, telling her, "These are serious charges and you really do need an attorney to assist you."

Haragan faces up to five years in prison for each of the two counts.