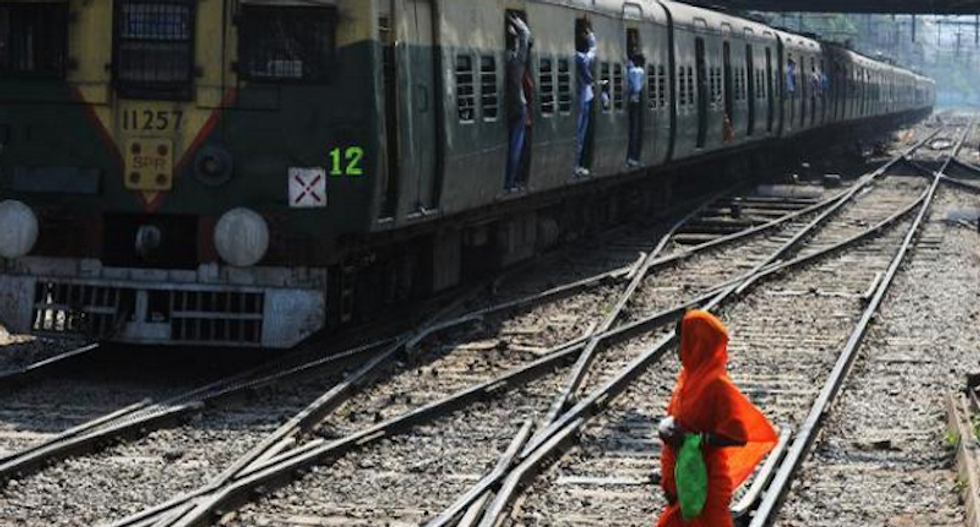 A Indian baby survived a shocking birth when he slipped down a train toilet and landed on railway tracks just moments after his mother delivered him, police said Tuesday.

The 22-year-old woman fainted in the tiny toilet cubicle on Monday after giving birth on the train, which had briefly halted before reaching Hanumangarh station in western Rajasthan state.

"The woman... felt acute labour pain, so she went to the toilet to relieve herself and gave birth to a baby boy who slipped down through the toilet bowl and fell on the tracks," senior railway police official Subhash Vishnoi told AFP by phone.

Most Indian trains have western-style and squat toilets with filthy chutes that empty directly onto the tracks.

The train had already left for Hanumangarh by the time the woman's family members found her unconscious in the toilet.

A local guard spotted the newborn crying on the tracks and informed the police, who admitted the baby to a nearby hospital.

"When the woman and her husband found their newborn alive and safe, they were very happy," another police official Ram Singh said.

"They had not expected that the newborn would be alive."