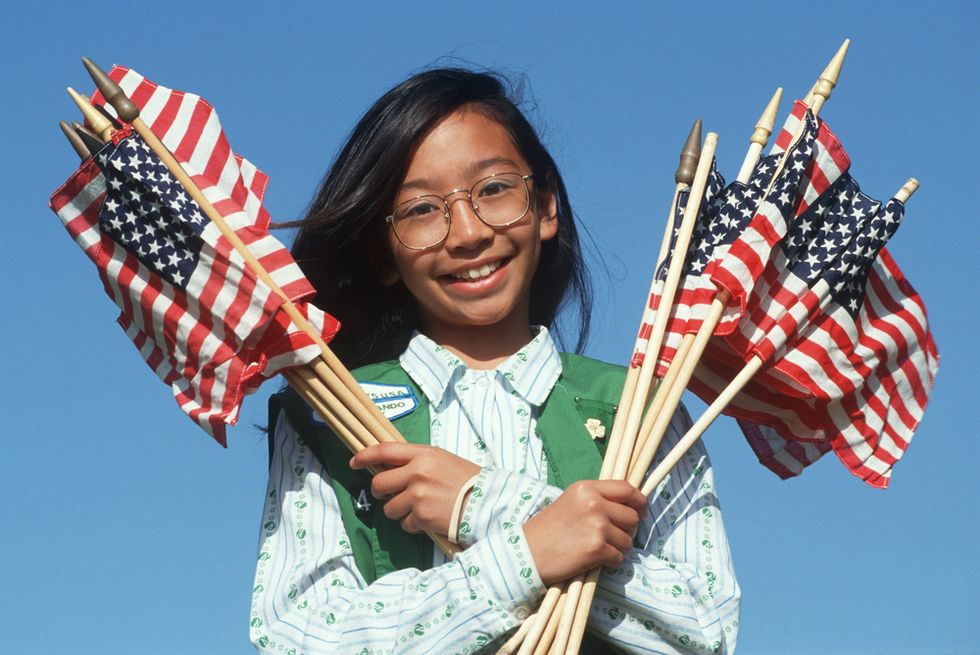 Police in Beech Grove, Indiana are trying to identify a man who stole over $300 from a Girl Scout selling cookies outside a gas station, WRTV reports.

Six-year-old Whitney Allen was selling cookies outside of a gas station when a man approached her and her mother and began to browse.

According to Whitney's mother, Stephanie, the man said "'eenie, meenie, miney, mo,' and once he said 'mo,' he snatched my black [money] book right out from underneath my notebook and just took off running."

She noted that she was just as concerned about the fact that the man absconded with her customer's names, home addresses and phone numbers as she was about the missing money.

A local man ponied up $200 to help Whitney cover her losses, and local businesses contributed another $100 to ensure that her day was not a waste.

The entire incident was captured on the station's surveillance camera, which can be viewed below via WRTV.