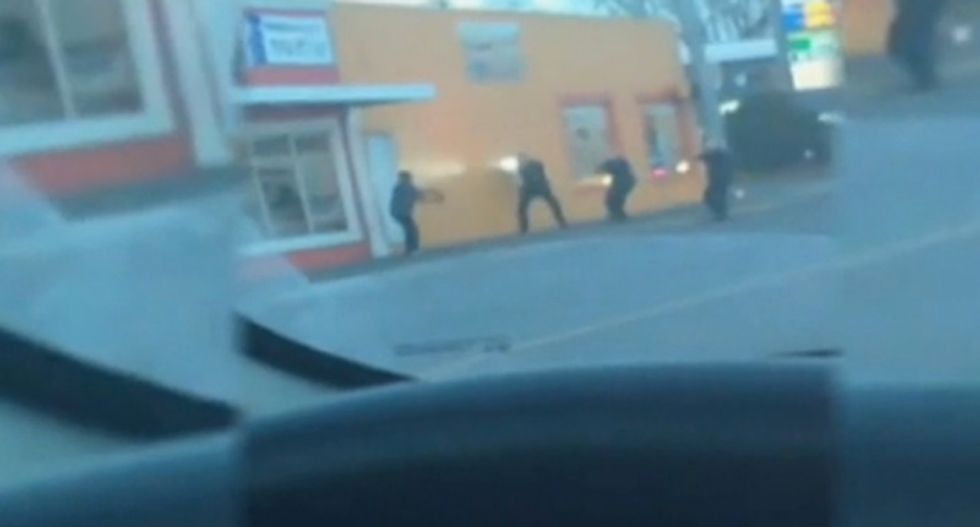 SEATTLE (Reuters) - A Washington state coroner has ordered an inquest into the fatal shooting by police of a man who was throwing rocks at the officers in an incident captured on video, according to a newspaper report on Saturday.

Franklin County coroner Dan Blasdel ordered the review to determine whether the killing of Antonio Zambrano-Montes in the city of Pasco, about 200 miles (320 km) southeast of Seattle, was justified or reckless, the Tri-City Herald reported.

Such an inquest by the coroner's office is rare, the newspaper said. This will be the third review in Blasdel's 20 years as coroner, the Herald reported.

On Friday, Mexico's Foreign Affairs Ministry called for an investigation into the killing of Zambrano-Montes, an orchard-worker in Washington originally from Michoacan state.

His shooting comes amid heightened tension over policing in the United States after incidents including the killings of two unarmed black men last year by white police officers in the St. Louis suburb of Ferguson and New York City.

Zambrano-Montes's death sparked protests in Pasco, an agricultural city of about 68,000 people and home to a large Hispanic community, many of whom work in local apple orchards.

Police have said that Zambrano-Montes was not armed with a knife or gun during the Tuesday afternoon incident that began in a grocery store parking lot.

Police first tried to use a stun gun to incapacitate the suspect, and after he would not obey commands to surrender, they opened fire, he said.

In a 22-second video filmed by a motorist and posted online, Zambrano-Montes is seen running away from the officers before he was killed.

The man appears to throw a rock, several shots are heard, and he then crosses the street. He turns to face the officers, raising his right arm as if to throw another object, when they open fire again, according to the video.

The officers involved have been placed on administrative leave, as per department policy, Metzger said in a statement on Wednesday. Two were hit by rocks and were treated at the scene.

Watch video below from the Guardian: