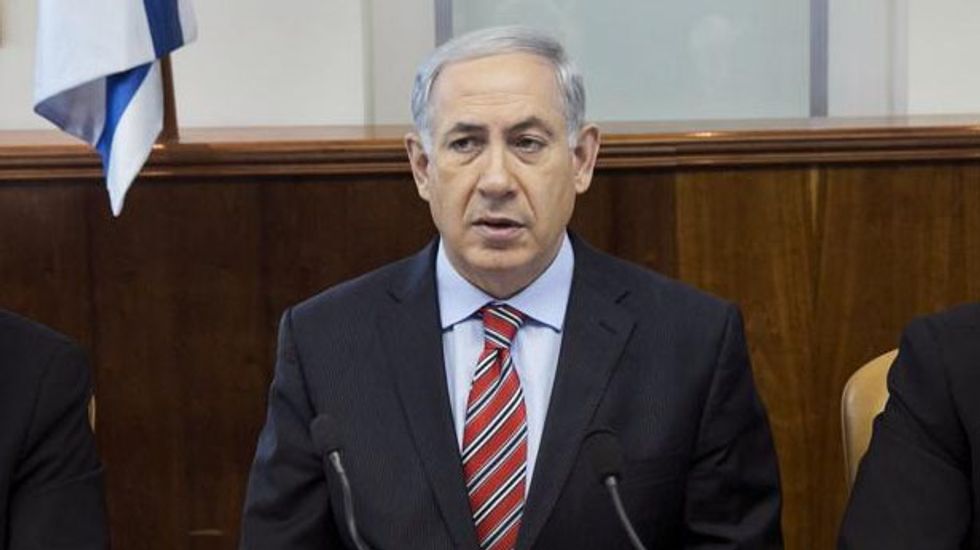 Israeli Prime Minister Benjamin Netanyahu, campaigning for reelection next month, was officially rebuked Tuesday over what the country's comptroller said was excessive spending on running his private and public residences.

In a report, Comptroller Joseph Shapira stopped short of recommending a criminal investigation, which is not within his remit, but said he had turned evidence over to State Attorney Yehuda Weinstein for possible action on some cases.

The media has been circulating claims about a lavish lifestyle ahead of the March 17 election that opinion polls suggest will return Netanyahu to office.

Shapira's report details how spending on cleaning, food and repairs at the official residence in Jerusalem and the premier's private home in Caesarea rose dramatically when the premier took office in 2009, but then decreased in 2013.

It also mentions alleged mishandling of funds from recycled bottles by Netanyahu's wife Sarah, as well as the purchase of garden furniture for the weekend residence in Caesarea.

Shapira said material relating to the bottles and garden furniture, "as well as other materials", was handed to Weinstein earlier this month, because of possible criminal misconduct.

Shapira said spending was contrary to the principles of "proportionality and reasonability, savings and efficiency".

And while the house had a cook, more than 92,000 shekels was spent on food delivered from restaurants in 2011, which Shapira termed as "misconduct".

Shapira said the prime minister's office spent 8,200 shekels a month on cleaning in Caesarea even though the Netanyahus spent most of their time in Jerusalem, and called the costs "extremely excessive".

He also said Sarah Netanyahu had called in an electrician for the Caesarea home every weekend for three months, including on a holiday when staff were off and could not assess whether work was urgently needed.

A spokesman for the comptroller said his office had also recently handed over materials pertaining to the electrician at Weinstein's behest.

The report did not mention that, but did identify the man as a Likud central committee member who was acquainted with the Netanyahus, who had arranged to be their designated weekend electrician.

Netanyahu's Likud party said he "respects the findings" and had already been implementing many of the recommendations, but tied the report's release to an "ongoing media campaign" to remove him from office.

According to Likud, expenses "significantly increased" during a period when household maintenance and operation were directed by Meni Naftali, "an embittered former public employee" who has sued Sarah Netanyahu for mistreatment.