John Oliver: Forcing judges to run for office turns them into hookers with tip jars 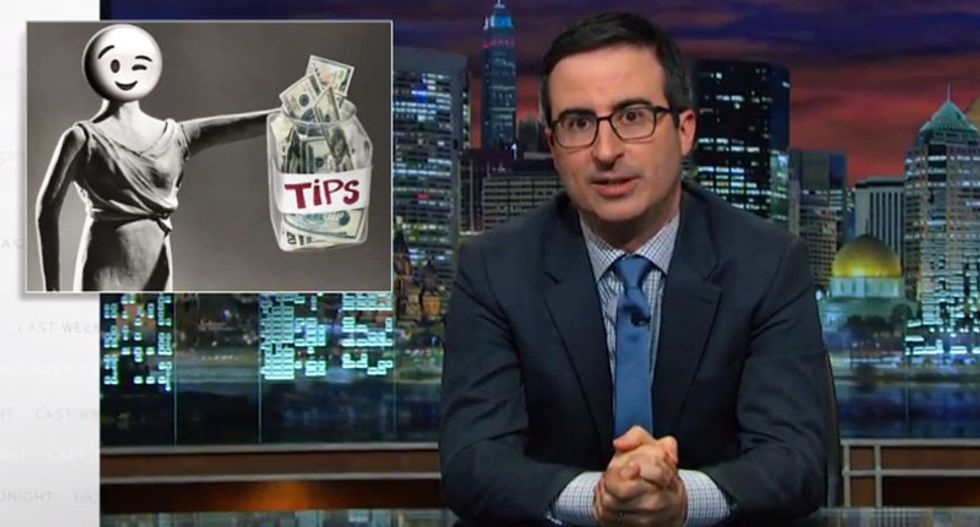 On HBO's Last Week Tonight, host John Oliver tackled the absurd way in which many U.S. states select judges at the ballot box, forcing jurists to pander to voters while hustling for campaign money.

Using Alabama Supreme Court Justice Roy Moore -- who recently insisted that the U.S. Supreme Court can't overturn state laws -- as a leaping off point, Oliver asked, "How did that man become the highest judicial officer in the state?"

The answer, he pointed out, is that 85 percent of state judges in the U.S. are elected.

Noting that judicial elections were intended to foster public accountability, Oliver stated that there is little accountability when most judges run unopposed. Oliver then highlighted a recent election in Los Angeles county where 150 of 151 judicial candidates ran unopposed.

Despite the lack of opposition, judges still feel they must raise large amounts of money to finance their campaigns, leading to potentially unethical practices like asking for money from lawyers who may appear before them.

Oliver drew attention to a Texas appeals court judge who sent an email after the election to an attorney who donated to his opponent reading, "I trust that you will see your way clear to contribute to my campaign account in an amount reflective of the $2,000 contribution you made towards my defeat :-)..."

"The fact that he is shaking him down in an email isn't the part that I find most offensive," Oliver explained. "It's the 'wink emoticon.' I guess we should be thankful he stopped short of going 'wink emoji'."

Saying he wanted to be fair to judges, Oliver noted that most judges hate having to raise money and campaign, with Ohio Supreme Court justice Paul Pfeiffer admitting,"I never felt so much like a hooker down by the bus station in any race I've ever been in as I did in a judicial race..."

Oliver added, "Which does explain Pfeiffer's campaign slogan: 'Justice for all. No kissing on the mouth though. I have to save something for the man I fall in love with.'"

"Look, if we are going to keep electing judges, we may have to alter our idea of what justice is, " Oliver concluded."In fact, at the very least to be a bit more representative, we should tweak the blindfolded lady holding scales, to put a tip jar in her hand and a give her a f*cking winking emoji for a face."