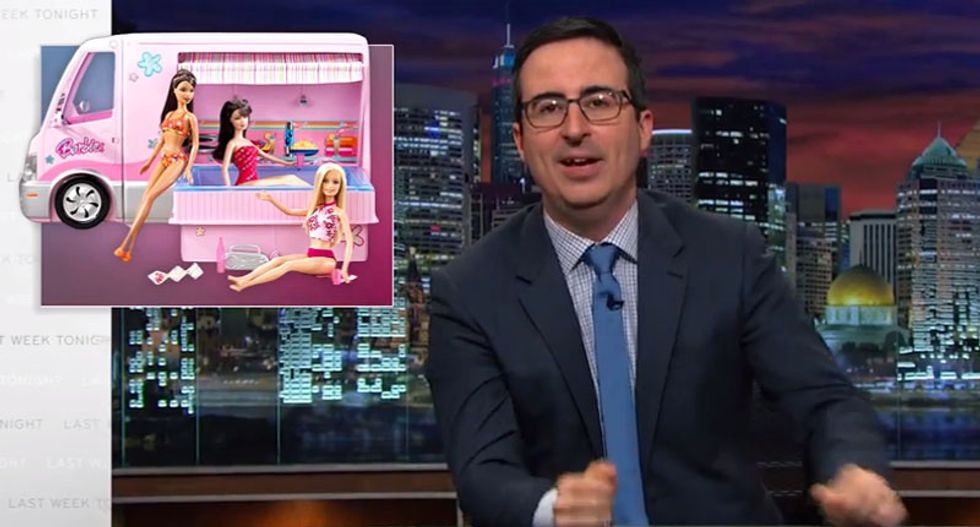 On HBO's Last Week Tonight, host John Oliver looked homeward to the United Kingdom, where the Labour Party is making a big, but horribly patronizing, attempt at luring women voters with a pink van derisively dubbed by English women as the "Barbie bus."

The hot pink bus with the slogan, "Woman to woman," painted on the side has already been openly mocked by women in the UK, and Oliver piled on.

"Wow. It is a little insulting that you are trying to appeal to adult women the same way Mattel attempts to appeal to 8-year-olds," Oliver said. "At least Barbie's pink bus had the good sense to unfold into a sweet party-den and hot tub combo."

While one woman voter called the use of the pink van "a bit patronizing," Oliver went a step further saying, "The only way it could be more patronizing would be if its wheels were giant NuvaRings and it refused to let women drive it."

Oliver noted that the Labour Party is attempting damage control by denying that the van is pink, suggesting that the color is "cerise or magenta."

He then shared a clip of Labour Party MP Gloria De Piero attempting to avoid using the word "pink" altogether.

"I think she may have hit rock bottom," Oliver said. "You can see her thinking 'I got into politics to make a difference, now I'm on television desperately trying to act like I don't know the color pink. What happened to my life?'"