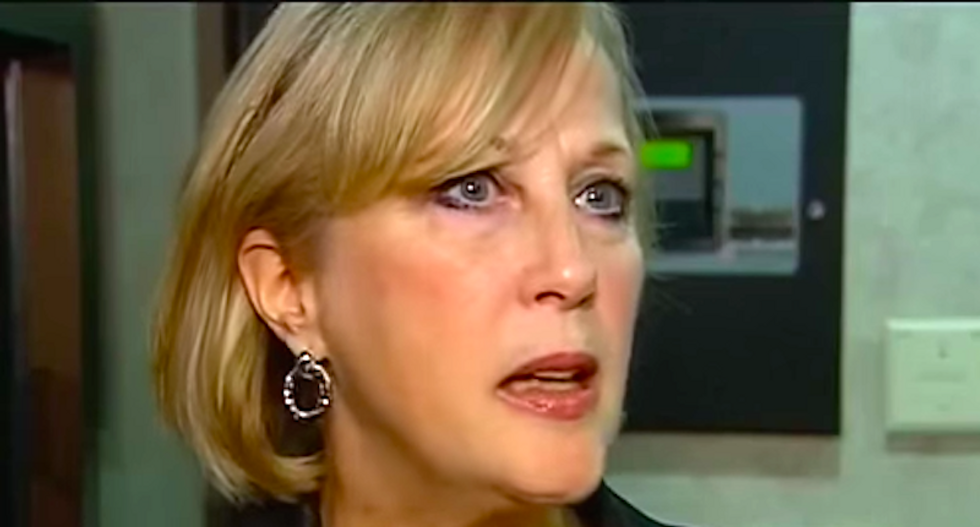 The Republican-dominated Kansas Senate voiced its approval Tuesday of a bill that would make it easier to prosecute teachers and school administrators who present lesson materials deemed to be “harmful.”

The measure was proposed after a middle school teacher in the Kansas City area displayed a sex education poster that listed specific sexual acts.

The poster was taken down after parents complained, but Republican lawmakers filed a bill that would remove a provision in current law protecting high school and elementary schools from such prosecution.

"There was some resistance, and I had to kick it up a notch to get the poster removed," said Mark Ellis, who complained after his 13-year-old daughter saw the poster.

State Sen. Mary Pilcher-Cook (R-Shawnee) told The Wichita Eagle the bill “protects children and the rights of parents,” and she dismissed concerns that the legislation could be used to criminally charge teachers who assign “The Adventures of Huckleberry Finn.”

Current protections from prosecution remain in place for universities, museums, and libraries.

Critics of the measure say it would have a chilling effect on education because teachers and administrators would fear they could be prosecuted for teaching materials approved by local school boards.

“We’re going to self-censor to the point where nothing controversial is ever put before kids,” said Mark Desetti, legislative director of the state’s largest teachers union. “How do we get kids to think critically and challenge ideas? Everybody talks about let’s think out of the box. No, let’s not. Let’s cram everybody into this little box and scare them into not doing anything that people might find an objection to.”

A similar measure failed to pass last year, but it cleared the Senate on a voice vote without a single objection.

“My first thought: Oh no! This again?” said Liesl Wright, an art teacher in Wichita, in an email. “I’d be in trouble. I was showing my high school art students charcoal drawings of nude people just today. I do it all the time. You know when the religious laws regarding art are more restrictive than the European Renaissance, you’ve gone too damn far!”

Pitcher-Cook, the Republican state senator, said she was surprised Democrats didn’t follow through with their promise to fight the bill.

“I think they saved themselves,” she said. “To argue against having parents to have this control for their children to me really is just a non-starter.”

The bill came up for discussion when one of the Senate’s six Democrats had stepped out of the chamber and the Senate Minority Leader was at a meeting in his office.

"It’s just shortsighted and unfortunately we did not have a more vigorous debate,” said state Sen. David Haley (D-Kansas City). “I stepped away for a moment, as did other members, and I came back and the bill had already been discussed.”