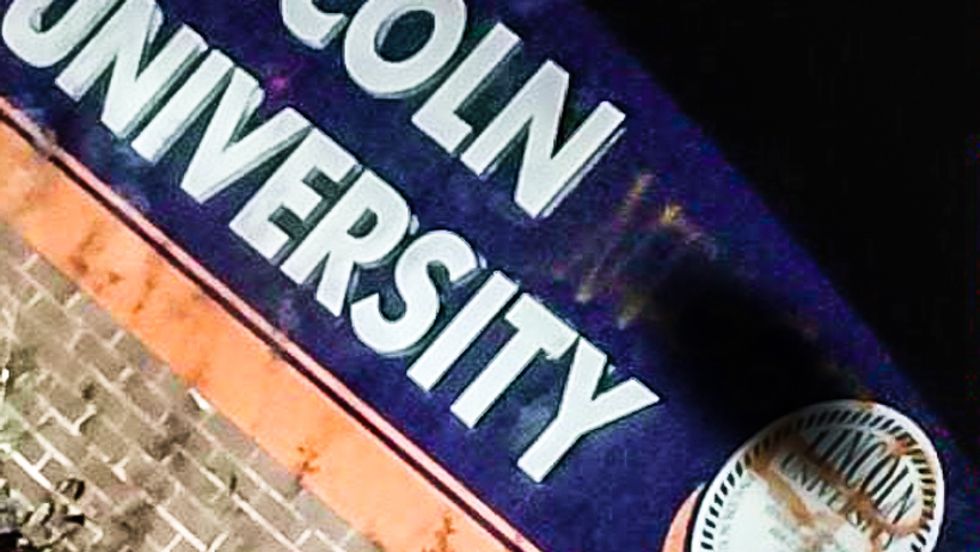 Vandals defaced the entrance to the first historically black college in the United States with a racial epithet, officials in Pennsylvania said on Thursday.

According to Philly.com, Lincoln University public safety officers discovered the graffiti at around 1:50 a.m. on Thursday morning.

The sign at the northwest entrance of the campus was reportedly spray-painted to read, "Lincoln N*gger University."

"This incident is a sober reminder that our forebearers persevered in the face of hatred and intimidation, yet achieved and maintained standards for excellence which Lincoln University has become known," acting university president Valerie I. Harrison told students in a statement.

"Let's not allow the cowardly acts of others distract us from our commitment to maintaining this legacy or cause us to act in a manner that is inconsistent with our greatness."

Junior Kwame Millers said that “students here are outraged but not discouraged; Because this happened during midterm week and Black History Month, we are encouraged by this event to advance the legacy like those before us.”

Photos of the graffiti showed up on social media, but reports said that the offensive word had been removed by later in the morning.

University officials said that they would work with the Chester County District Attorney's Office to prosecute whoever was responsible for the crime.

Lincoln University was founded in 1854 to provide educational opportunities for African-Americans. It was the first degree-granting historically black university or college in the United States.