Mass. teen accused of pushing her friend to suicide before using his name for fundraiser 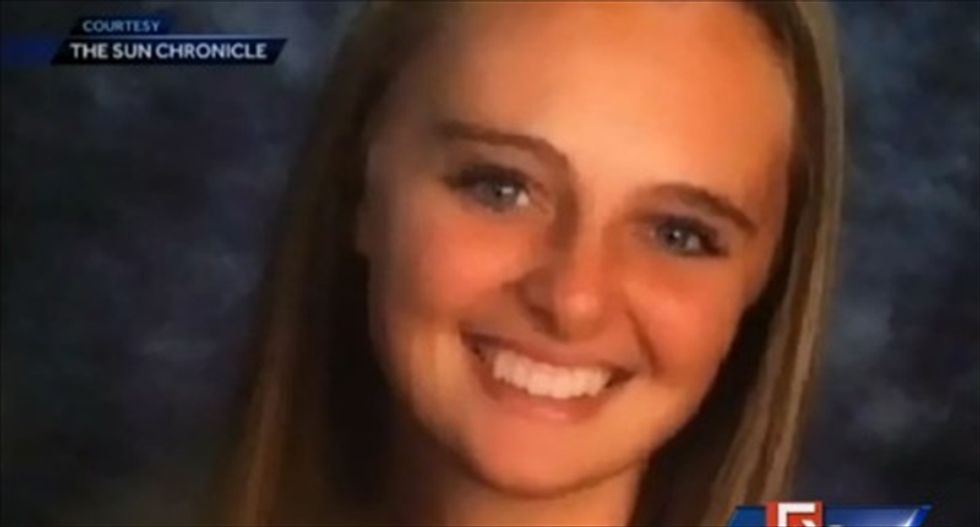 An 18-year-old Massachusetts high school senior is accused of spurring a friend to kill himself before putting on fundraisers using his name, the Attleboro Sun Chronicle reported on Friday.

"Not only did Conrad tell Carter in several of his texts prior to his death that he was scared and didn't want to leave his family, she continued to encourage him to take his own life," Fairhaven Police Detective Scott Gordon said in a report. "When he actually started to carry out the act, he got scared again and exited his truck, but instead of telling him to stay out of the truck ... Carter told him to 'get back in.'"

The Boston Globe reported that, according to investigators, Carter texted one friend to say of Roy, "I'm losing all hope that he's even alive" while messaging him directly to say, "Let me know when you're gonna do it."

Carter organized a softball tournament last September and named it "Homers for Conrad" after Roy. She later said online that the event raised $2,300 and promoted suicide prevention awareness.

"National Suicide Awareness day, I wish more people understood," she wrote that month. "I love you and miss you everyday Conrad."

Carter was arraigned earlier this month as a "youthful offender," meaning that while her trial will be in juvenile court, it will be open to the public. She has been barred from using the Internet or sending text messages for any purpose other than schoolwork or contacting her parents, respectively.

Watch a report on the charges against Carter, as aired on WCVB-TV on Friday, below.