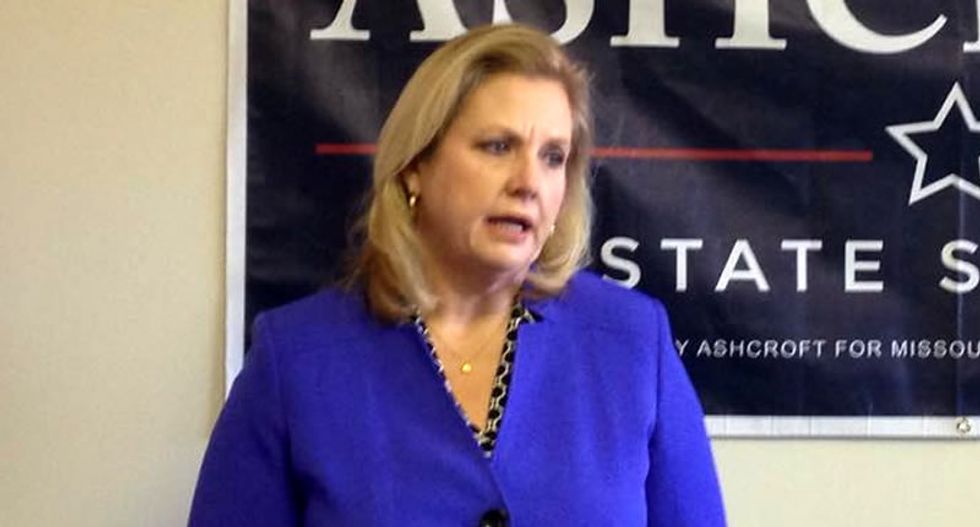 A leading Republican candidate for Missouri governor is claiming that single mothers and a "culture of permissiveness towards sexual activity" is creating a situation in which child abuse and child pornography will be acceptable sexual orientations, The Riverfront Times reports.

Catherine Hanaway, the state's first female speaker of the House of Representatives, told the audience at the Educational Policy Conference that if women were allowed to have premarital sex and children out of wedlock, it would only be a matter of time before "every sexual preference is acceptable."

"What concerns me is the slide in our culture that says, 'Hey, everything is OK, and so why should just having a picture of something be a crime? Because to possess child pornography is a crime, why should that be a crime?' Well, it should be a crime," she said.

Possession of child pornography in Missouri is currently a Class B felony -- the equivalent of voluntary manslaughter and first degree burglary, and one class below murder, first degree kidnapping, and forcible rape of a child under 12 years of age.

According to Hanaway, however, the "culture of permissiveness towards sexual activity is the real 'war on women,'" and it will lead to a situation in which Class B felonies are protected under the law as socially acceptable sexual preferences.

"Now, I still think and pray that an overwhelming majority of Americans believe that those who have a sexual preference for children are evil."

Listen to her entire statement below via Progress Missouri on Soundcloud: