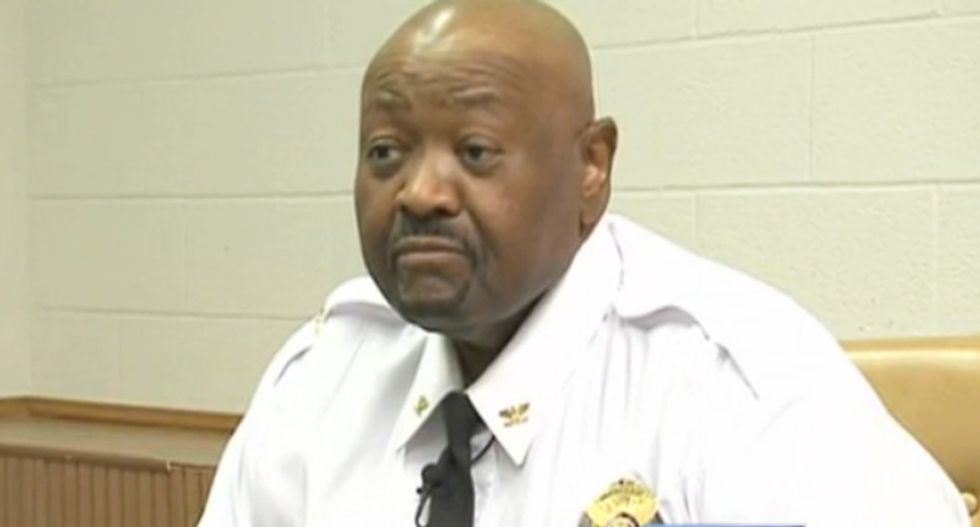 The police chief of Wellston, Missouri, is standing by one of his officers after it was discovered that the officer had shot at a fleeing suspect and then failed to report the incident, according to KMOV.

According to former St. Louis police officer Eddie Simmons, who witnessed the incident,  the unnamed officer was in pursuit of a suspect and fired his weapon at the him as he fled.

Simmons, who retired from the St. Louis Police force,  explained that the shooting never should have happened and that the suspect was unarmed.

The officer reportedly never notified his superiors who remained unaware of the shooting until Simmons contacted them.

When confronted, the officer claimed that his gun had gone off accidentally.

Authorities now state that the officer was chasing a suspected car thief and that the officer broke police policy by failing to report he had used his weapon, shooting at and missing the suspect.

Asked about the officer's failure to report the shooting, Wellston Police Department Chief G.T Walker defended him, calling him a "good officer."

"If this officer concealed the shooting in the first place, can his version of events be trusted? That's possible and we took that into consideration," Walker said. "Prior to this, he's been a good officer. We haven't had any problems with him."

After admitting that the officer had also failed to turn on his body camera which would have recorded the incident, Walker said that he still believed the officer's version.

"With an accidental discharge, that would be a bit different because there was no criminal intent," Walker said. "I do believe him."

Despite believing the officer's account, the Wellston Police Department put the officer on five day unpaid leave for failing to report the incident and for violating pursuit policy.

Watch the video below from KMOV: