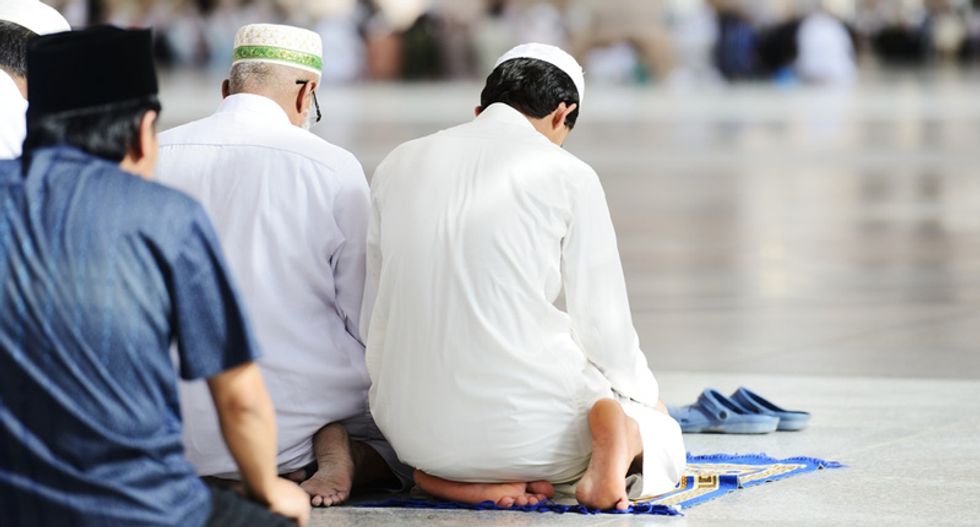 A pan-Muslim body condemned Saturday the murders of three Muslim students in the United States by a neighbour who espoused anti-religious views, voicing concerns over what it said was increased "Islamophobia" in the country.

Deah Shaddy Barakat, 23, his wife Yusor Mohammad, 21, and her sister Razan, 19, were shot dead on Tuesday in the North Carolina university town of Chapel Hill.

A 46-year-old neighbour, Craig Stephen Hicks, has been charged with three counts of murder over the killings, which sparked outrage among Muslims worldwide.

Police said they are investigating what may have been a parking dispute gone wrong, but have not ruled out a hate-based crime.

Relatives of the victims say they are convinced they were targeted because of their faith.

"This gruesome crime has left Muslims worldwide in a state of shock and has raised concerns of the growing feelings of hatred towards Muslims and the increase of acts linked to Islamophobia in the United States," said Iyad Madani, secretary general of the 57-member Organisation of Islamic cooperation.

In a statement on the official news agency of Saudi Arabia, where the OIC is based, he urged the US government to take measures to protect society there from "negative images, discrimination, and stereotyping that contradict the core values of the American society."

Madani also called for international cooperation to fight "extremism, violence, and religious intolerance, as well as hate crimes and (acts) that incite them."

The Federal Bureau of Investigation has opened an inquiry into the murders.

A Facebook page believed to belong to Hicks showed dozens of anti-religious posts, including one calling himself an "anti-theist," saying he has a "conscientious objection to religion," and other memes denouncing Christianity, Mormonism and Islam.

Muslim activists have called for Hicks to be charged with hate crimes.

"There is a high probability that the shooter targeted the victims because of their religion and national origin," a statement from the American-Arab Anti-Discrimination Committee has said.

The group said it had recorded a jump in "reported hate rhetoric" recently following the release of Clint Eastwood Iraq War movie "American Sniper," which has been criticised for its depiction of Iraqis.