N. Carolina officials: Sex between lobbyists and lawmakers has 'no monetary value' 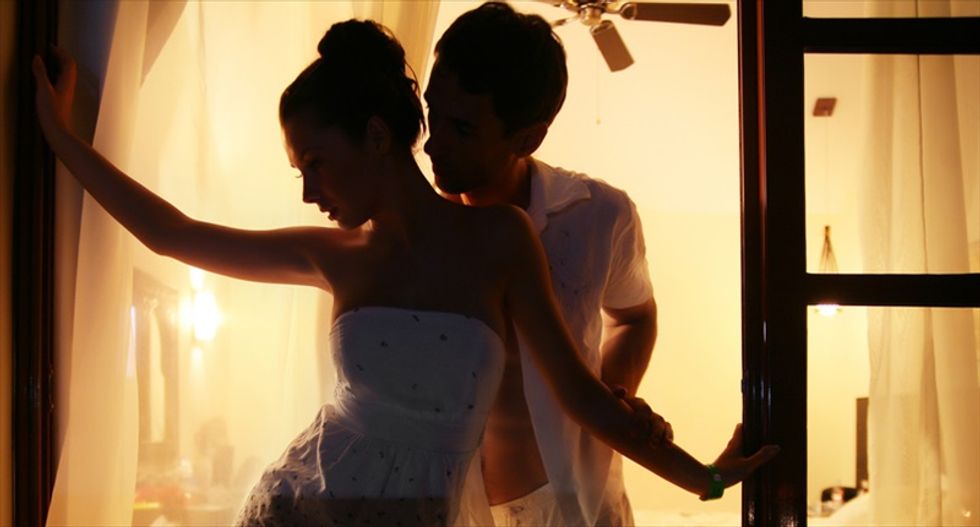 'Couple in a hotel room' [Shutterstock]

Officials in North Carolina handed down a ruling that attempts to clarify rules regarding "consensual sexual relations" between lobbyists and state lawmakers. But critics contend that it leaves the door open for third-party arranged liaisons.

As WFAE-FM reported on Wednesday, the State Ethics Commission determined that in a "general and largely hypothetical context," sexual encounters between legislators and registered lobbyists do not have to be reported as expenditures.

The ruling came in response to an inquiry from state Sec. of State Elaine F. Marshall's (D) office. Marshall's request did not refer to any specific case, the commission noted, limiting its response.

"Consensual sexual relationships do not have monetary value and therefore are not reportable as gifts or reportable expenditure made for lobbying," the committee said in a letter. "However, a lobbyist or lobbyist principal's provision of paid prostitution services by a third party to a designated individual could constitute a gift or thing of value, albeit an illegal one, depending on the particular facts."

At the same time, the commission stated that if no lobbyist were involved in a sexual encounter, "there would be no need to even consider the application of the Lobbying Law's gift ban or expenditure reporting requirements."

Stephen Spaulding, who works for the watchdog group Common Cause, told WFAE that the key to the commission's ruling was that it hinged on consensual relationships, adding that political workplace relationships are not uncommon.

"You have plenty of members of Congress and state legislators that are married to registered lobbyists," Spaulding said. "If the intent is to move a client's agenda forward I think that raises all kinds of ethical concerns and the conflict of interests are just more than apparent."

But according to the progressive blog Addicting Info, the ruling could lead to potential ethical violations.

"In other words, lobbyists can hire people expressly for a politician to use in a carnal manner, even if the politician asks for or otherwise indicates their desire for such a service," Nathaniel Downes wrote.

According to state regulations, legislators and state officials must report any gifts from lobbyists worth at least $10. WRAL-TV reported that the rules were adopted in the wake of then-state House Speaker Jim Black's (D) resignation and conviction on bribery corruption charges in 2007.