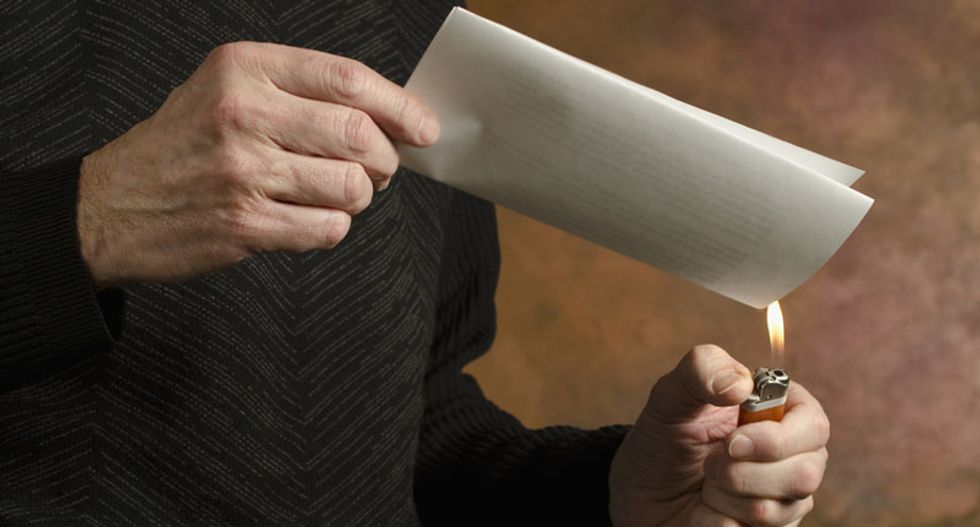 ​All records from a grand jury inquiry into America’s last mass lynching have disappeared or been destroyed, US government lawyers have disclosed, reigniting allegations from civil rights activists that the perpetrators have been protected by an establishment cover-up.

In a little-noticed filing to a federal court in Georgia, the Department of Justice said no transcripts had survived from hearings on the Moore’s Ford Bridge lynching of July 1946, which the FBI has been investigating more recently after receiving a list of potential suspects.

“It is apparent that if there were such transcripts, (which the government has no reason to believe there were not),” George Peterson, an assistant US attorney, wrote in the filing, “they have been either lost or destroyed at some unknown time in the past.”

Despite a three-week grand jury process that heard extensive testimony, no charges were brought over the killings of George and Mae Murray Dorsey, and Dorothy and Roger Malcom. The young couples were dragged from a truck, tied up and shot 60 times by a white mob.

An 86-year-old man in Monroe told the Guardian last week that he had been questioned for 40 minutes by FBI agents after being accused of involvement by his nephew . The man, Charlie Pepper, denied taking part in the lynching.

Campaigners have long claimed that law enforcement officials conspired to shield well-connected white people from the area – or even members of their own ranks – who had been involved in the lynching, which had outraged then-president Harry Truman.

“I don’t believe for one minute that these records were actually lost,” said Edward Dubose, an NAACP board member and former president of the organisation’s Georgia branch. “Our efforts to bring light on this case in pursuit of justice have been thwarted at every turn. There are people who do not want the truth to come out.”

A grand jury of 23 people, including two black members, declined to bring indictments after sitting for three weeks in Athens, Georgia, and hearing from dozens of witnesses. They considered hundreds of pages of investigative files produced by J​ Edgar Hoover’s FBI during an inquiry ordered by Truman.

Hoover lamented that an “iron curtain” of fear and intimidation surrounded white residents with knowledge of the lynchings, preventing them from cooperating with his agents. Hoover suspected that someone in the Monroe sheriff’s office may have been implicated in the lynchings, according to Laura Wexler’s Fire In A Canebrake, a book on the killings.

Others were sceptical of the FBI’s own efforts. “To my mind it is unbelievable that the FBI couldn’t find a member of that mob,” said Thurgood Marshall, the civil rights attorney and future ​supreme ​court justice, according to Wexler.

Files released under the ​Freedom of ​Information ​Act in 2007 also showed that the FBI looked into whether the attacks were even sanctioned by then-governor Eugene Talmadge.

Talmadge had just narrowly survived a Democratic primary challenge in his first party contest since a federal judge affirmed a US supreme court ruling that outlawed white-only primaries such as Georgia’s. A white supremacist and Ku Klux Klan sympathiser, Talmadge had visited Monroe a day after Malcom, one of the later victims, had stabbed a white farmer.

An FBI agent told Hoover in a report that Talmadge had been heard offering immunity to anyone “taking care of negro”, according to the files, which were obtained by the Associated Press. He won the primary election two days later, carrying the surrounding area. A week after that, Malcom was bailed and promptly lynched with his wife and the Dorseys.

“This was all about voting,” said Georgia state representative Tyrone Brooks, who has campaigned for justice over the lynchings for years. “Blacks were being killed trying to vote, and we had an uprising of the KKK – with the approval of Talmadge – trying to stop them”.

The government’s disclosure about the records came in response to a lawsuit from Anthony Pitch, a historian based in Maryland, who is due to publish a new book on the Moore’s Ford lynching. Pitch sued the government for the grand jury records in the case, claiming to have evidence that copies were given to the FBI. In an email, Pitch declined to comment.

Grand jury records are by law kept secret except in extraordinary circumstances, such as the overwhelming demand for transcripts of hearings in Missouri over the fatal police shooting last year of Michael Brown, an unarmed 18-year-old, in the St Louis suburb of Ferguson.

Government attorneys argued that secrecy should be upheld but said the loss or destruction of the Moore’s Ford records meant this was irrelevant. “To the knowledge of government’s counsel no transcripts of any Grand Jury proceedings concerning this event exist,” wrote Peterson, the assistant US attorney. Peterson said grand jury records from the time were lost or destroyed before his office took charge of such records from the court a decade ago.

Pitch’s lawsuit was denied in August last year. Judge Marc Treadwell, in the federal court in Macon, Georgia, wrote in his order that an FBI historian had told Pitch “that the FBI does not currently have the transcripts” either. “In short, there is no evidence that the grand jury transcripts or any other grand jury records exist,” wrote Treadwell.