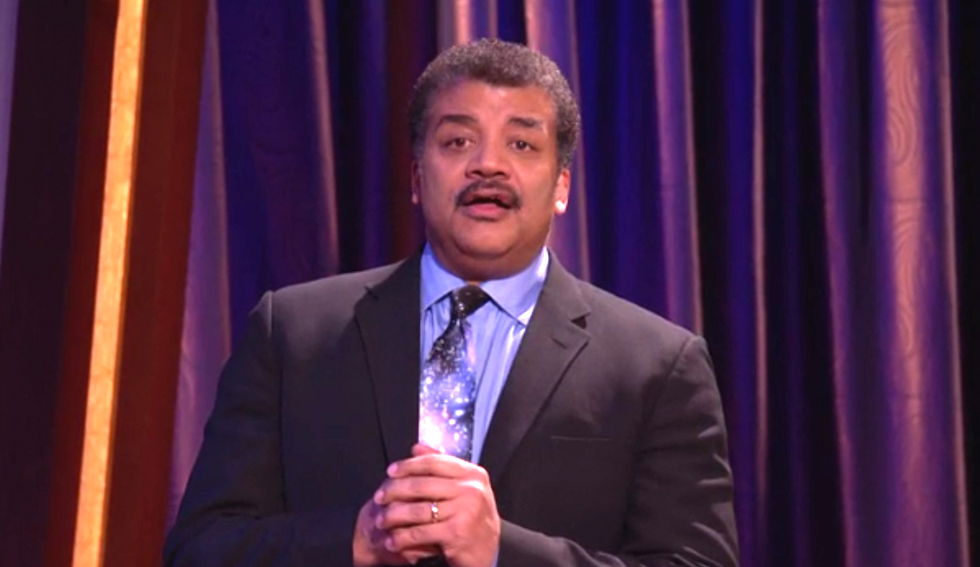 On Monday night's edition of Conan, astrophysicist Neil deGrasse Tyson turned up to try and hire away some of Conan's staff for his own upcoming National Geographic Network late night show.

Then, as the segment went on, the moon that is normally behind O'Brien's head announced that it intends to decamp to deGrasse Tyson's new show.

O'Brien protested that the moon is his friend, he gave it its start in show business.

"Aw, come on," the moon protested. "What do you really know about me? Name three of my craters."

"You give your craters names?" said O'Brien.

Moments later, deGrasse Tyson emerged from backstage and greeted the moon, saying, "Hey, moon, and three of your craters: Clavius, Tycho and Aristotle."

"Nailed it," replied the moon.