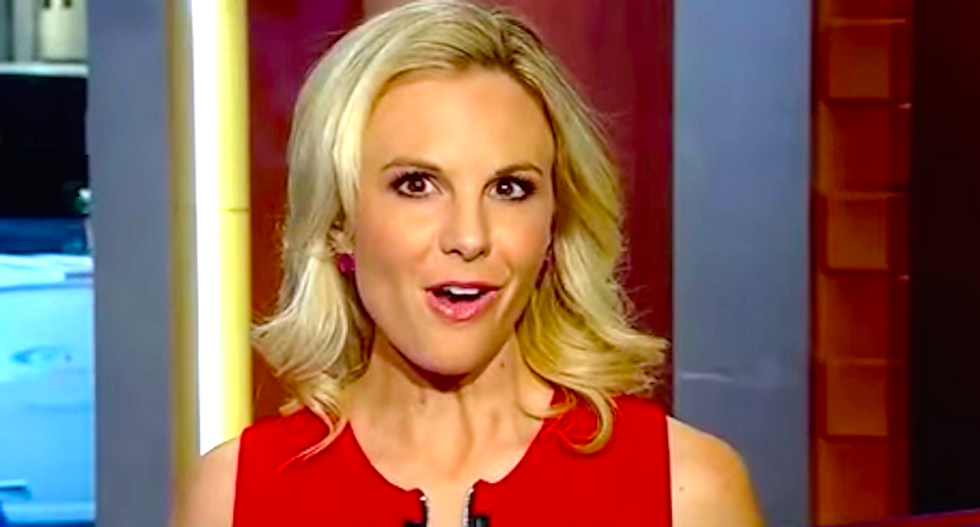 An Arizona State University professor has received death threats from white supremacists and neo-Nazis after a Fox News report about the class he teaches on “the problem of whiteness.”

Conservative bloggers have harshly criticized Lee Bebout, an associate professor of English, for the class on U.S. race theory -- which was first publicized last month on the right-wing CampusReform website and then promoted by Fox & Friends host Elizabeth Hasselbeck.

Then came the white supremacists, who distributed leaflets in Bebout’s neighborhood that show his photo and label him as “anti-white,” reported the Phoenix New Times.

Bebout’s 400-level literature course, in which 18 students are enrolled, suggests that whiteness – in the context of slavery, genocide, and Jim Crow laws – might still influence American social and political life.

“In the books for this course – ‘Critical Race Theory,’ ‘Everyday Language of Racism,’ amongst others -- all of the books have a disturbing trend, and that’s pointing to all white people as the root cause of social injustices for this country,” said CampusReform correspondent Lauren Clark on Fox News.

Many of the conservative websites that covered the issue linked to Bedout’s university contact information, and the newspaper reported that the professor had received numerous threats by phone and email.

The white supremacist National Youth Front, a racist splinter group that has been trying to recruit college students, posted a YouTube video and handed out fliers at ASU that promise right-wing “resistance” to so-called reverse racism.

"No longer will we have our identity destroyed and our people defamed," the NYF said on its website. "This week, several of National Youth Front's members went to ASU to raise awareness that we will no longer tolerate this antiwhite agenda. Over four hundred fliers were delivered over several days to both Lee Bebout's neighborhood and ASU."

Photos of Bebout and his mixed-race family have been shared on neo-Nazi and white supremacist message boards, such as Stormfront and The Daily Stormer, along with contact information for his wife – also an ASU professor.

Right-wing extremists in the Phoenix area have posted lengthy rants about Bebout online, promising to force ASU to remove the course from its catalog or otherwise make “a bold statement to the militant Left that their anti-White agenda will not go unchallenged."

Robert Poe, a PhD candidate who teaches courses at ASU's School of Social Transformation, offered an impromptu discussion about the course last week on campus, where he was confronted by a white supremacist citing the controversial “Bell Curve” book on race and intelligence.

The man recorded video of the debate, which has been widely shared on white supremacist and neo-Nazi websites.

Poe said university officials have questioned him about the video, but he thinks they’re being too neutral toward the extremists instead of defending faculty members.

"They are being bullied by white nationalists and neo-Nazis because those are the people who are controlling the conversation right now," Poe said.

Poe said he’s been receiving death threats, as well, including a comment posted on Conservative-Headlines.com that suggests enrolling in his course with a pen “sharpened like a shiv,” stabbing him in the neck, carving a swastika in his chest, and possibly curb-stomping him.

Bebout declined to comment about the threats he’s received, but he told the newspaper he’d chosen the controversial course title to remind students that whiteness was an unacknowledged aspect of race.

“In the U.S. today, talking about race is almost always synonymous with talking about people of color,” Bebout said. “In this way, whiteness is rendered invisible and universal. Thus, this course asks students to consider how people from different backgrounds understand, tell stories about, or avoid discussing race.”