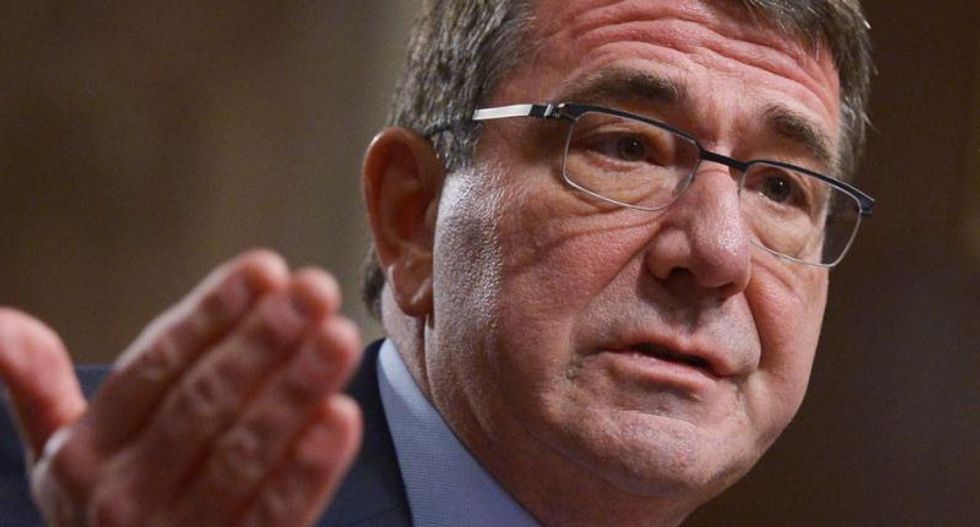 Ashton Carter, a hard-charging intellectual known for blunt talk, was confirmed as US defense secretary Thursday, and he could soon find himself at odds with a White House that clashed with previous Pentagon chiefs.

The Senate -- by a vote of 93 to five -- overwhelmingly approved Carter, an accomplished defense technocrat with degrees in Medieval history and theoretical physics.

But at his confirmation hearing last week, Carter signaled an independent streak, venturing beyond the White House's stated policy on Ukraine and promising a fresh look at troop withdrawal plans in Afghanistan.

His comments provoked a quick response from a White House known for its penchant for exerting tight control. Spokesman Josh Earnest said any decision on arming Ukraine's army or other issues would be up to the "commander-in-chief" and not Carter.

"With his decades of experience, Ash will help keep our military strong as we continue the fight against terrorist networks, modernize our alliances, and invest in new capabilities to keep our armed forces prepared for long-term threats," Obama said in a statement.

Carter has gained a reputation as a bona-fide expert on hi-tech weapons and defense budgets, portraying himself as a reformer determined to shake up the Pentagon's vast bureaucracy.

But much of his time will be taken up with a new war against extremists in the Middle East, with the United States leading an open-ended bombing campaign against the Islamic State group in Iraq and Syria.

He also will have to contend with upheaval in Yemen, Iran's nuclear ambitions, a resurgent Russia that has rattled Eastern European allies, and an expanding Chinese military that could jeopardize the US Navy's dominance in the Pacific.

Despite deep divisions between the White House and many Republicans over US foreign policy, Carter's nomination encountered negligible opposition and he sailed through to confirmation with bipartisan support.

"I think Dr Carter will be a good secretary of defense," but "I must candidly express concern about the task that faces Dr Carter, and the limited influence he may have," said Republican Senator John McCain, a hawk who has slammed Obama over his handling of the military.

Gates has referred to "the increasing desire of the White House to control and manage every aspect of military affairs."

Carter will not be prepared to simply rubber stamp White House decisions, said Stephen Biddle, a professor at George Washington University who befriended Carter while at Harvard.

"I'm sure he'll want to be an architect and not just a carpenter," Biddle said.

The new Pentagon chief will take the helm as Congress takes up a proposal from Obama to back the use of military force against the IS jihadists, and as the White House weighs proposals from commanders to slow the pace of a troop withdrawal from Afghanistan.

With Iraqi forces preparing for a counter-offensive against IS militants later this year, Carter could soon face a request from senior officers to deploy US forward air controllers in combat to help guide air strikes in support of the jihadists. That move would undercut Obama's promise not to put American "boots on the ground."

Carter replaces Chuck Hagel, who resigned under pressure in November. Hagel has acknowledged the White House was frustrated that he would not move faster on decisions to transfer some inmates out of the US-run prison at Guantanamo Bay, Cuba.

Asked if he would resist White House pressure to release Guantanamo inmates if he thought they would rejoin extremists, Carter told senators: "As in everything else I do, I'll play it absolutely straight."

Serving as deputy secretary of defense from 2011 to 2013 under Panetta and as chief weapons buyer under Gates, Carter has spent years learning how the Defense Department operates.

The top two civilian officials under him, Robert Work and Frank Kendall, are also experienced technocrats, and some analysts said Carter may be uniquely qualified to reform the Pentagon machine.

But Carter's hands may be tied by legislation that imposes automatic budget cuts, including across-the-board reductions for the Pentagon.

The top brass has urged Congress to scrap the "sequester" rules but in the meantime, Carter will have to plan for strict limits on defense spending in 2016.