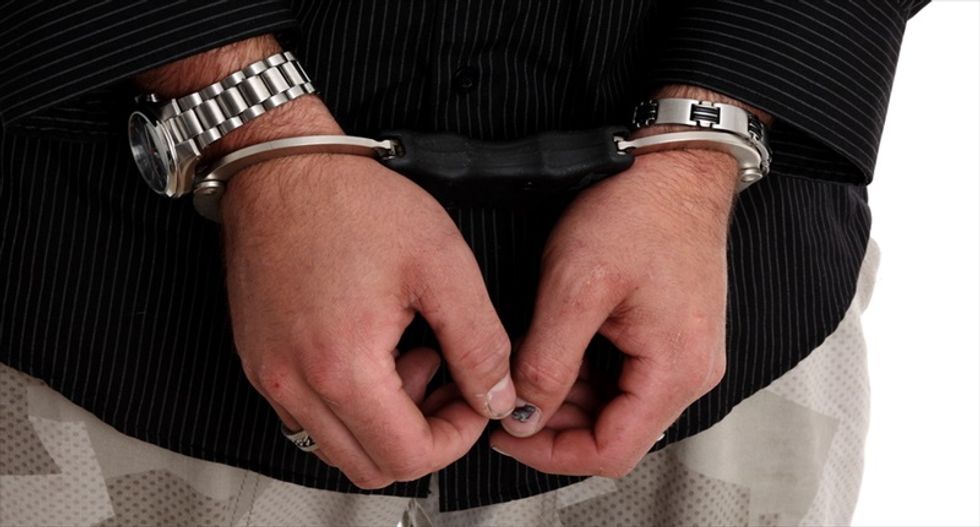 A former Long Island banana import mogul faces up to 16 years in prison in a series of sentencings that begin on Friday, first in the beating of his girlfriend and then in the 2009 death of a woman who joined him in a three-way sex party.

Thomas Hoey Jr., 46, the wealthy owner of fruit distributor Long Island Banana Corp, faces up to five years in prison when he is sentenced in Manhattan state court later on Friday for third-degree assault and tampering with evidence.

Hoey, of Garden City, was convicted of the charges by a jury last year in the 2012 case involving the assault on Manhattan's Upper East side.

A neighbor called authorities after hearing cries, according to court documents, and Hoey tried to clean up blood leading from an apartment door to a stairwell before police arrived.

Hoey told police, who saw his girlfriend's red and swollen face, that the blood had come from him picking his nose, court documents said.

The young woman, Alison Bretherick, a former University of Pennsylvania swimmer, opposes the sentencing of her lover and expected to read a letter of support at his sentencing, said Wendy Feldman, a crisis manager hired by Bretherick.

"She doesn't see herself as a victim and therefore supports Tom. She goes to visit Tom where he is currently incarcerated," Feldman said.

In the fatal sex romp case, Hoey is due in federal court in Manhattan for sentencing on March 27 following a deal that could still send him to prison for up to 11 years. He has pleaded guilty to conspiracy to distribute cocaine, conspiracy to suborn perjury and obstruction of justice.

He was accused of delaying a call for help after the 2009 three-way sex party at the ritzy Kitano Hotel in Manhattan that ended in the cocaine overdose of one sex partner, Kimberly Calo, 41, a personal trainer and mother of two.

Hoey admitted to providing drugs at the party and was accused of pressuring the other participant, Nicole Zobkiw, his girlfriend at the time, to lie in court.

Zobkiw has since died of a suspected cocaine overdose in an unrelated incident in December.

The Long Island Banana Corp filed for bankruptcy last year. Hoey's attorney in the state case did not immediately return a request for comments.