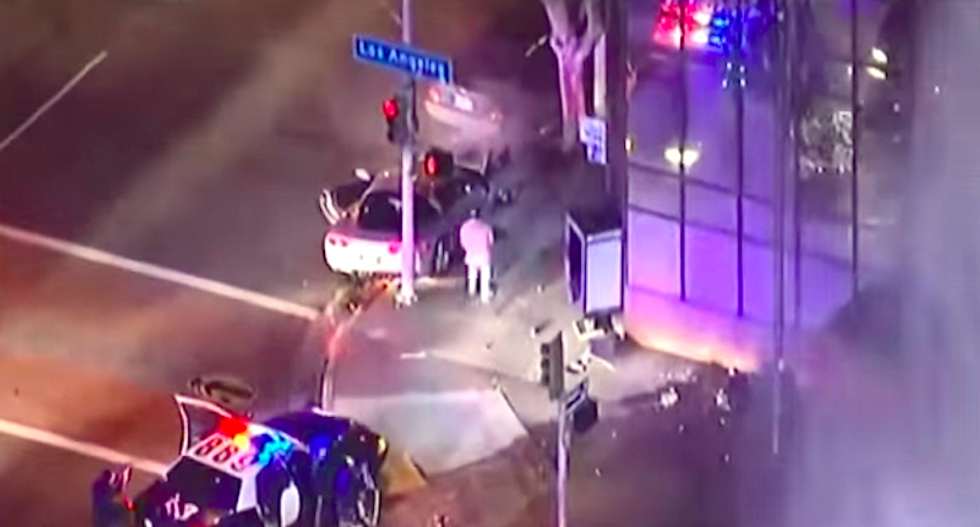 Three Los Angeles police officers who fatally shot an unarmed man after a televised car chase in 2013 will not face charges over the killing, prosecutors said on Monday, in a case that has drawn criticism from the department's police chief.

The news was contained in a letter dated Jan. 29 and released by the Los Angeles County District Attorney's Office. It came as national scrutiny over police killings of unarmed people remains high after several high-profile deaths.

The three Los Angeles officers said they thought 51-year-old Brian Beaird, a white National Guard veteran, was reaching for a gun or shooting at them when they fired on him 21 times on Dec. 13, 2013.

"There is insufficient evidence to prove beyond a reasonable doubt that (the officers) did not act in self-defense and in defense of others," the letter said.

The incident began as a car chase when Los Angeles County sheriff's deputies tried to pull Beaird over in his silver Corvette for reckless driving, police said.

After Los Angeles police officers took up pursuit, Beaird's vehicle collided with another car at a downtown intersection and he emerged flailing his arms, police said.

An officer fired a non-lethal bean bag shotgun at Beaird. Shortly after, the three officers -- Armando Corral, Leonardo Ortiz, and Michael Ayala -- opened fire on him, killing him, officials said.

"I find that the tactics utilized by (the officers) substantially and unjustifiably deviated from approved department tactical training, thus requiring a finding of administrative disapproval," Los Angeles Police Chief Charlie Beck wrote in a report of the incident last December.

Media reported that Beaird's family had obtained a $5 million settlement from the city over the shooting. Bill Beaird of Fresno, California, told reporters at the time he saw police shoot his son on live television.

"I've seen a lot, but nothing affected me like this, I just can't seem to get over that," he said.

The decision not to charge the officers comes as officials in Washington state are investigating the fatal shooting by three police officers of an unarmed man who was throwing rocks.

That fatal shooting prompted protests in the state's agricultural heartland, and a lawyer for the man's family said his constitutional rights had been violated.

Watch video of the pursuit posted online by the Ocala Post: