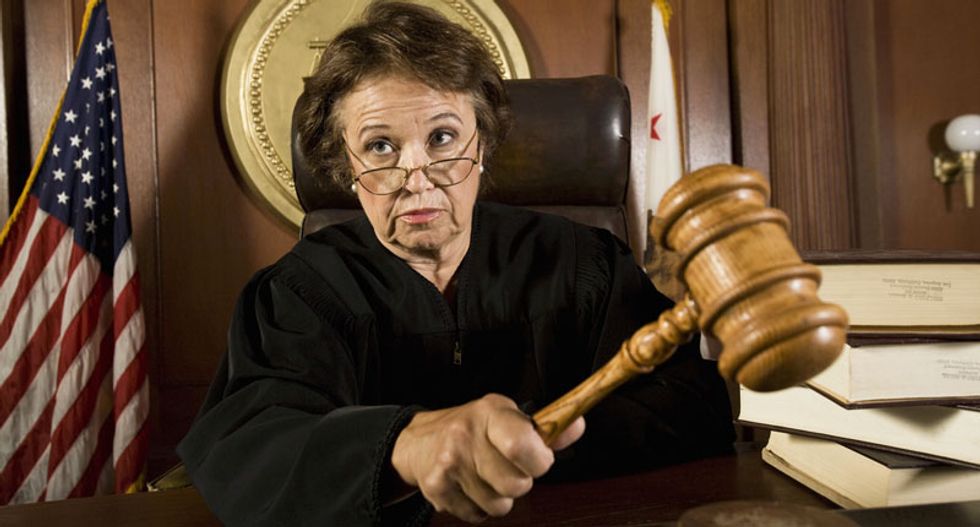 A Youngstown woman who was raped has asked  an Ohio appellate court to force the judge scheduled to hear her case to finally bring it to trial after 20 cancellations over five years, reports Cleveland .com.

The victim, LaTreese Miller,  is allowing her name to be used to draw attention to the delays she has had to endure since she was attacked by a co-worker in September 2009.

After her scheduled trial date was cancelled once gain this past week, Miller expressed her frustration, saying, "It seems to me, now, that this is worse than the actual rape sometimes."

With the assistance of The Justice League, an Ohio non-profit that provides free legal support for crime victims, Miller  filed a first-of-its-kind case Friday, asking the 7th District Appeals Court to recognize that she, like a defendant, has the right to a speedy trial.

According to Cathy Harper Lee, executive director of The Justice League, "If there was ever a case where a victim's objection to substantial delay in prosecution should not only be heard, but promptly and favorably acted upon, it's LaTreese Miller's case."

The Justice League twice asked County Common Pleas Judge Maureen Sweeney to set a trial date in 2013, saying Miller was suffering undue psychological harm due to the delays, but a review of court records showed that Sweeney failed to rule on the motions.

According to Miller, her case has been scheduled for trial more than 20 times before being cancelled, it has crossed the desk of more than a half-dozen prosecutors, and the police detective who investigated the case has retired.

Prosecutors tell Miller she has a strong case after quickly reporting the attack to police and going to a hospital where nurses and investigators collected evidence consistent with a sexual assault.

Miller's case was delayed in 2013 when her alleged assailant, Maurice Clark, skipped town while on bail, disappearing for a month until he was tracked down by U.S. Marshals after his image was featured on TV's America's Most Wanted. Since that time, Clark has been incarcerated in county jail.

During the five years Miller has had to wait, she states she  suffered emotionally and financially, having to take off time for trials that are once again postponed.

According to the Justice League's Lee, the majority of complaints her office receives are about delays  in cases involving sexual violence against children and adults.

Discussing the radical step to ask a court to force an appellate court to compel a judge to begin a trial, Lee said it is about "fairness" to the victims of crime.

"The right to be treated with fairness, dignity and respect, access, a meaningful role in the criminal justice process and to object to substantial delay in prosecution mean nothing if courts fail to provide due consideration to the rights and there is no mechanism for enforcement," Lee wrote.