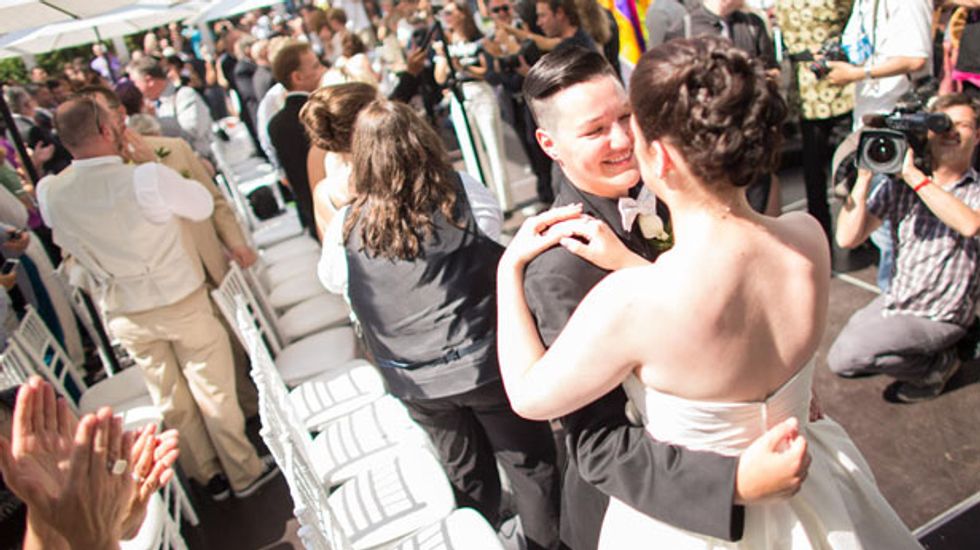 An Oklahoma bill to punish any local or state employee who issues marriage licenses to same-sex couples will be heading to a vote in the state House of Representatives after a committee approved the legislation this week.

The bill called the "Preservation of Sovereignty and Marriage Act" prohibits taxpayer funds, including government salaries, to be used for any activity that supports same-sex marriage. It also says that those who issue marriage licenses to same-sex couples can be subject to removal from office.

The bill's author, Representative Sally Kern, a Republican, said the measure is a response to U.S. courts overstepping their authority by forcing Oklahoma to recognize gay marriage.

Groups for lesbians, gays, bisexuals and transsexuals (LGBT) have said they would challenge discriminatory legislation in the courts. It remains unclear if the bill will be approved by both houses of the state's legislature.

Representative Emily Virgin, a Democrat who voted against the measure in committee on Tuesday, said: "No other state in the union has seen more anti-LGBT legislation introduced during this legislative session. The battleground is right here in Oklahoma."