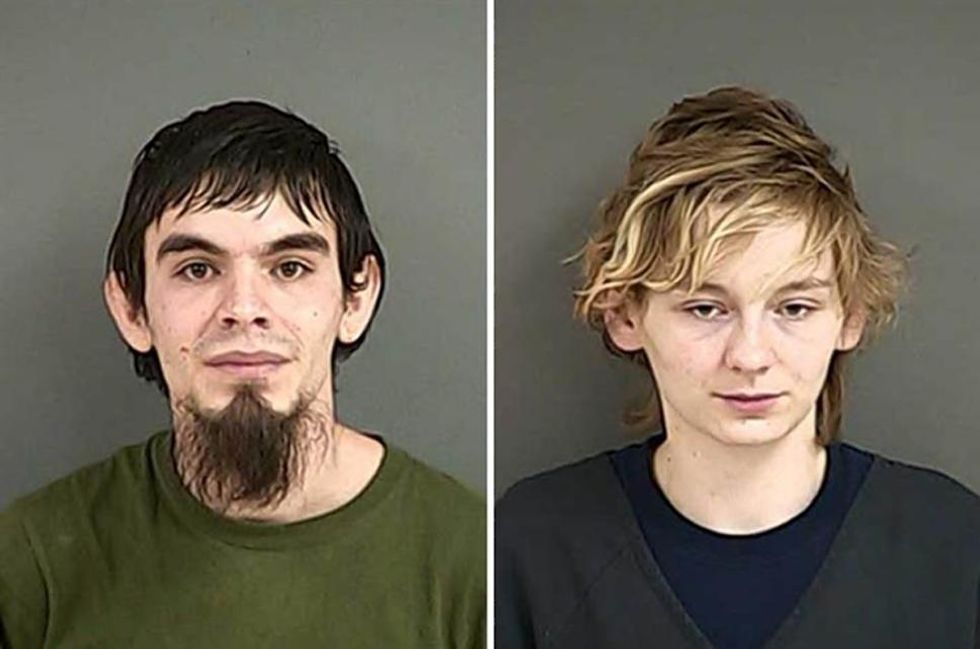 A Glendale, Oregon couple is accused of allowing their 7-week-old son to slowly starve to death while they produced bizarre fetish videos of the mother lactating.

The New York Daily News reported that Stephen Michael Williams Jr. and Amanda Marie Hancock were charged with murder by abuse on Tuesday and arraigned on Wednesday. Their son, Data Toria Hancock died of starvation in January.

Neither parent entered a plea on Wednesday. They will go before a grand jury next week.

On Jan. 22, paramedics arrived at Williams and Hancock's residence to find baby Data not breathing. He died in the hospital shortly thereafter.

Under questioning by police, Williams said that he noticed the baby was losing weight, but never took the child to a doctor because it was his girlfriend's job to care for the child.

The two claimed to be making money by allowing Internet users to pay to watch Hancock lactate on camera, according to court documents.

Williams, 26, and Hancock, 21, said they had been giving the baby milk several times a day, but that he had received no medical care since birth.

The Associated Press said that both parents are being held without bail in Douglas County Jail and that the public defender's office is in the process of appointing an attorney to represent them.

Deputy Dwes Hutson told the AP that the couple's older son, a 2-year-old, has been taken into protective custody.

Glendale is a remote logging community of around 875 people.