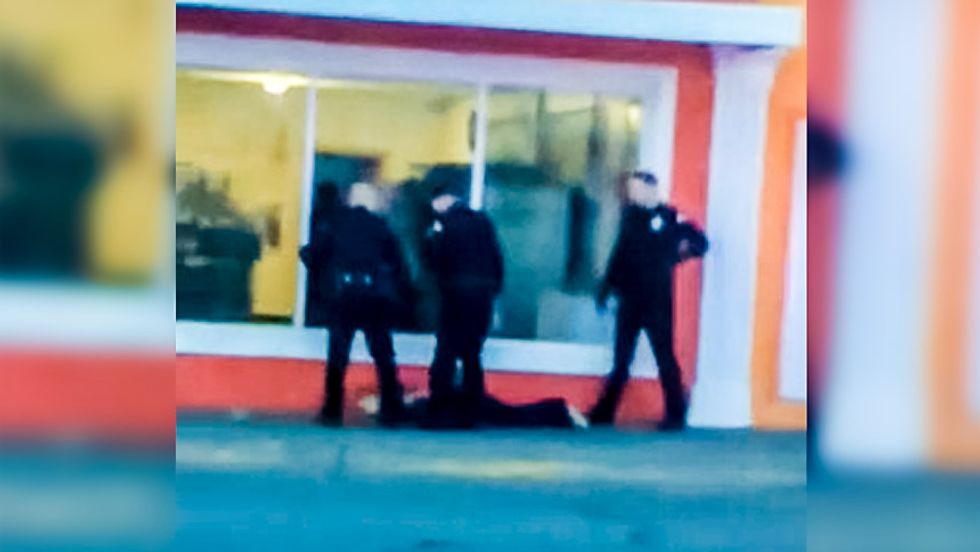 Police officers who fatally shot a Mexican farm worker in Washington state after he pelted them with rocks fired 17 shots at the man, striking him five or six times, police said on Wednesday, in an incident that has fueled protests.

Antonio Zambrano-Montes, 35, an unemployed orchard worker from Mexico's Michoacan state, was killed earlier this month in Pasco, a city of 68,000 residents in Washington state's agricultural heartland, in a shooting captured on video.

His death sparked protests by demonstrators who accused Pasco police of overly aggressive tactics in dealing with the Hispanic community and who likened the shooting to two high-profile police killings of unarmed black men in Ferguson, Missouri, and in New York City.

Police said that officers responding to a report of a man throwing rocks at passing cars shot Zambrano-Montes after he began pelting them with rocks and ignored commands to surrender. They said a stun gun had also failed to subdue him.

Kennewick Police Sergeant Ken Lattin, a spokesman for a special unit investigating the case, told reporters on Wednesday that all three of the officers involved in the incident had fired their weapons.

"Did he have some sort of injury? Did he have some mental health situations that he was dealing with in the days and hours (before the incident)? Or was he under the influence of drugs? We need to know," Lattin said.

A video of the incident uploaded to the Internet shows Zambrano-Montes running from officers and then briefly turning and raising his arm before he was killed. Police did not say where on his body was struck, but they did say he was not shot in the back.

Lattin said a rock was found next to Zambrano-Montes' body. He was not armed with a gun or knife. Two of the officers were struck with rocks and treated at the scene.

Rights groups have urged the U.S. Justice Department to launch an investigation into the incident, which the Mexican government has condemned as a disproportionate use of lethal force. A lawyer for the man's family has said his constitutional rights were violated.

The three officers involved in the incident, including one who is Hispanic, were placed on administrative leave pending an internal probe.

QAnon Congresswoman Rep. Marjorie Taylor Greene (R-Ga.) caused quite an uproar when she revealed her plan to file articles of impeachment against newly-elected President Joe Biden just one day after his inauguration. Many of Biden's Democratic supporters have pushed back against Greene's efforts, but they are not the only ones who disapprove.

According to The Hill, House Minority Leader Kevin McCarthy (R-Calif.) has also made it clear he does not agree with Greene's stance or her effort to move forward with articles of impeachment against Biden.