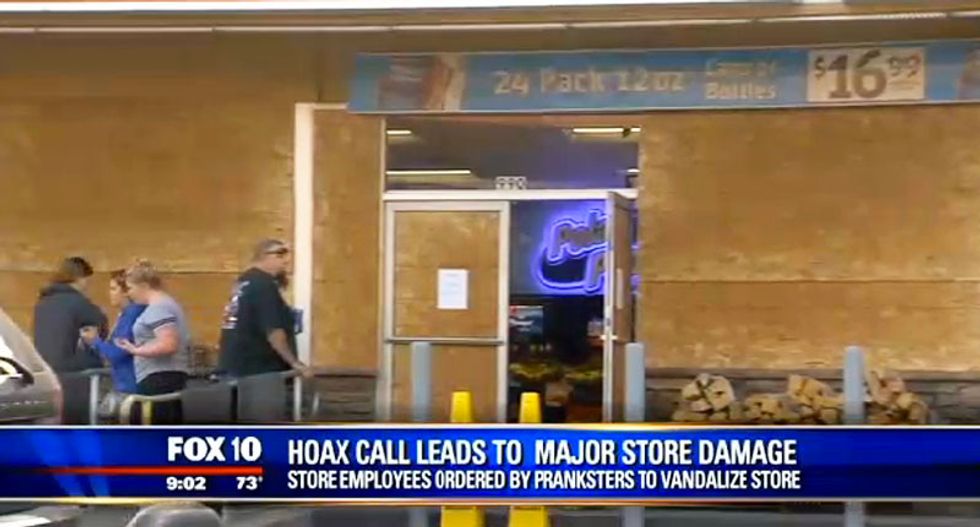 Convinced that a prank caller was from their corporate office, two Circle K employees trashed their store in an effort to turn off a fire alarm they were assured was going off.

According to KSAZ, the two employees at the Circle K store in Globe, Arizona, received a call from a person stating they were with Circle K corporate security and that a fire alarm was detected going off at their location.

While one employee stayed on the phone relaying instructions, the other employee began discharging fire extinguishers in the store as instructed.

"The first thing they asked him to do was discharge a fire extinguishers inside the fire, which apparently did not raise any alarms when they did that. Even though there were customers inside the store," said a spokesperson with the Globe Police Department.

According to police the employees were then instructed to throw the fire extinguishers through the windows of the store, which they also did.

"They finally ordered them to break the computer which is kind of when the light bulb went off that this is a prank call... unfortunately it didn't go off any sooner, and the store employees caused a significant amount of damage to the store," the officer explained.

Following the damage the store was briefly closed and the broken windows were replaced with plywood.

The employees were not identified and no video taken from surveillance cameras inside the store was released.

Watch the video below from KSAZ: