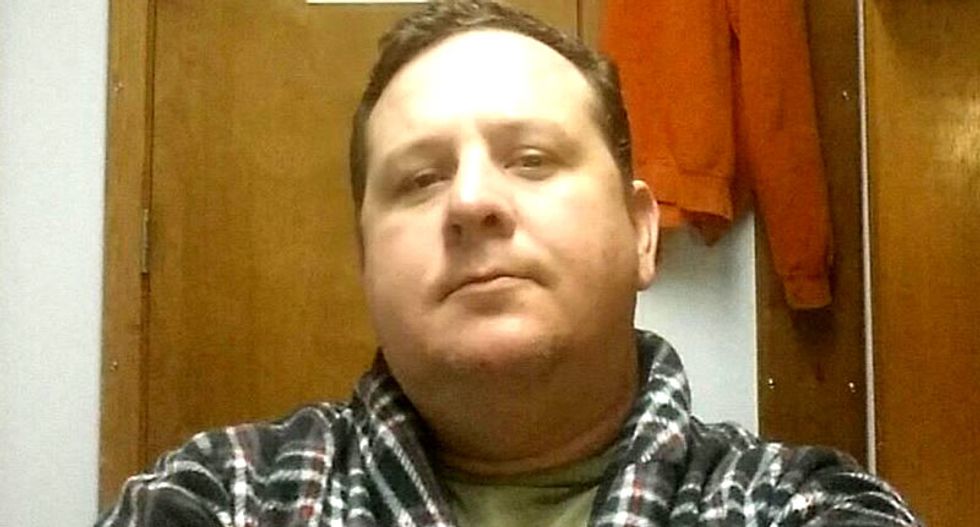 Jeremy Todd Addaway, a self-styled reporter for "Redneck News," tried and failed to find evidence that the legalization of same-sex marriage in Alabama had caused any damage to the state, Talking Points Memo reports.

"I read on the news today some information, that homosexuals will be getting married in Alabama today, so I wanted to give you a live report from Blount County," he began.

Addaway then scoured his backyard for evidence of "homosexuals doin' homosexual things" in the wake of the Supreme Court's decision to allow state employees to officiate same-sex unions.

"This pile of brush is still here, and there are no homosexuals layin' on top of it, doin' homosexual things," Addaway said.

"None in the shed either, but we need to check into this further," he continued, delving ever deeper into his backyard.

"We're back here by a pile of junk -- and it's still here -- and there's no homosexuals doin' homosexual things here either, so it looks like we're pretty safe here in Blount County, don't think we're gonna be subject to plagues of homosexuals fallin' from the sky."

"That's the report here from Blount County," he concluded. "Everything is pretty much still the same."