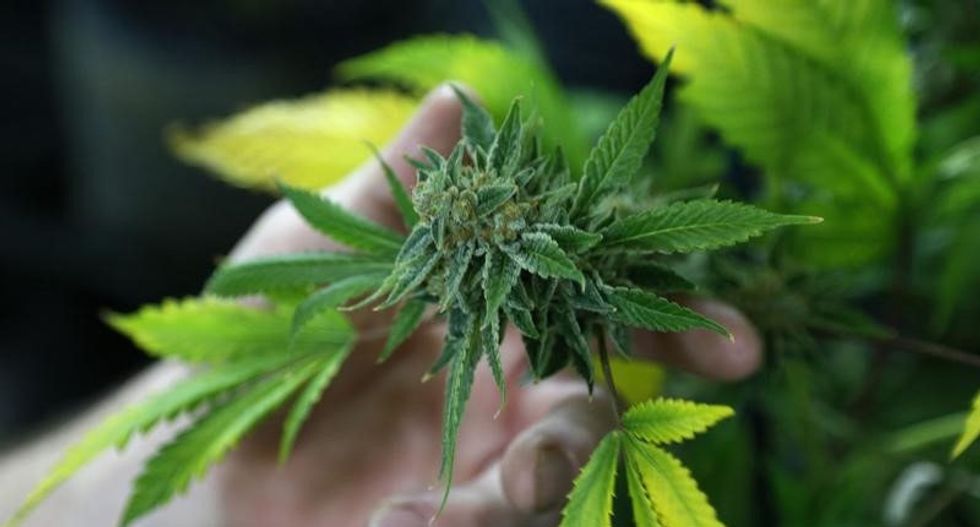 Possessing and growing small amounts of marijuana in the District of Columbia are set to become legal early on Thursday but top Republican congressmen have warned the city the new standards are unlawful.

But top Republicans on the House of Representative Oversight Committee told Mayor Muriel Bowser that legalization was unlawful and opposed the will of Congress, which has responsibility for the District of Columbia.

"Your assertion that Initiative 71 takes effect on Thursday is contrary to law. We strongly suggest you reconsider your position," committee Chairman Jason Chaffetz of Utah and Mark Meadows of North Carolina, head of a committee subpanel, said in a letter to Bowser late on Tuesday.

They said that legalization was barred by language in a December spending bill that prohibited the District of Columbia from spending any funds to make pot legal or lessen penalties.

Bowser's office had no immediate response to the letter.

Bowser and other city officials contend that Initiative 71 took effect before the spending ban and the mayor on Tuesday outlined steps that the city was taking ahead of legalization.

Initiative 71 allows adults to possess up to 2 ounces (56 grams) of marijuana and to grow six plants, three of them mature. Sales are barred but transfers of up to one ounce (26 grams) is legal.

Bongs, pipes and other paraphernalia are legal but public smoking is not. Bowser called for legislation to block creation of a "gray market" that could include cannabis clubs where membership fees pay for access to marijuana.

Pot is barred from about 20 percent of the district that is federal land. Marijuana possession is illegal under federal law.

The District of Columbia already has one of the lightest U.S. penalties for pot possession.

Congressional opposition has kept District of Columbia lawmakers from writing rules on how marijuana could be sold, regulated and taxed.

But the Drug Policy Alliance, a pro-legalization group, suggested the District of Columbia could skirt the congressional spending ban. The prohibition applies only to fiscal year 2015 funds so the city could use appropriated reserve funds to move ahead with regulating marijuana, it said in a statement.