Republicans are rape philosophizing again, as they will never, ever learn 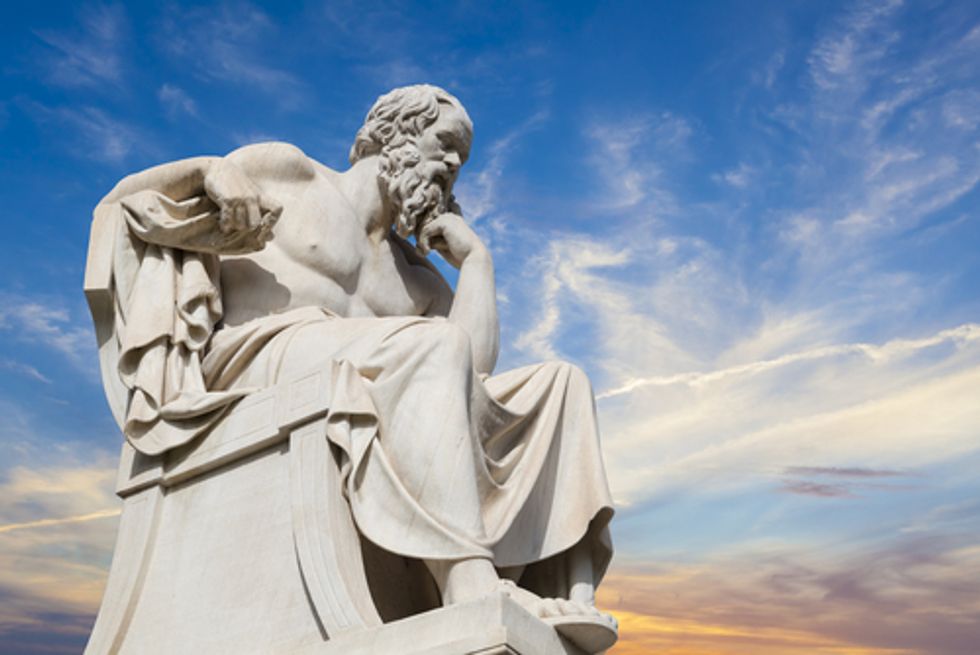 Have you ever considered that rape might be a gift? Your move, feminists!

Apologies to Katie Halper, but apparently there's even more rape philosophizing to report on this week than the already stunning amount she touched upon. Because Republicans just can't help themselves when it comes to waxing poetic about how rape is anything but a violent expression of power, rooted in a system of male dominance that allows sexual predators to think it's an expression of manly power to sexually abuse women, other men, and children. So instead, they get to philosophizing.

Rape philosophy theory #1: It's not male dominance that causes sexual violence. In fact, what we need is more control and domination over women's bodies!

Republican candidate for governor of Missouri Catherine Hanaway has an elaborate theory about how the "real" war on women is refusing to wage war on them, but instead letting the child-ladies run around and make their own decisions when we all know women are incapable of that:

“So, the liberals want to talk about conservatives waging a war on women,” said Hannaway, who is running in next year’s race to succeed term-limited Democratic Gov. Jay Nixon. “But, think about what they’re talking about. When their chief criticism of conservatives, the chief criticism is that we stand up for the sanctity of life. That because we are pro-life we are somehow against women. I am here to say that their culture of permissiveness towards sexual activity is the real war on women. Let’s start with the notion, well it’s not a notion, it’s a fact, that the fact that the culture of sexual permissiveness has led to record levels of out of wedlock births.”

“And what has that done for women? It has impoverished women,” Hanaway continued. “It has reduced their access to educational opportunities. It has impoverished and endangered their children. It has forced those children to grow up in households where their mothers have to work, to make it economically viable for them to exist and with no fathers. How is that culture good for women and children?”

But after concern-trolling women and saying we need to lose basic rights such as contraception and choice of sexual partners for our own good, she, in proper Republican style, gets to rape philosophizing on how the contraception and gay rights thing leads to rape of children.

“But it goes a step further, and it’s that step further that I want to talk about today. And this is the hard part. So, if you pursue this course that sexual permissiveness is to be valued, which is the liberal framework and that you should protect sexual permissiveness through abortions and other things, you lead to a conclusion where every sexual preference is acceptable,” she said.

“What concerns me is the slide in our culture that says, ‘Hey, everything is okay and so why should just having a picture of something be a crime, because to possess child pornography is a crime, why should that be a crime?’ Well, it should be a crime, and this is some of the difficult stuff I have to talk to you about.” Hanaway later added.

The fact that a woman can consent to sex and a child cannot is lost in this shuffle, possibly because her entire framework starts with the assumption that women are children. But, in reality, the refusal to treat consent as the relevant issue in sexuality and instead rely on a bunch of rules crafted around male dominance is not a good prevention for child abuse. Societies that disregard women's consent on the grounds that women are basically minors to be kept under male control struggle to come up with reasons why sex with children is bad. After all, it can't be because they can't consent---after all, women in patriarchal cultures cannot offer or withdraw meaningful consent, either, but men have sex with them anyway. Which is how you end up with child marriage, because there's no meaningful distinction between women and children in the kinds of fundamentalist, backwards cultures she's idealizing here.

There is now video of this speech:

Rape philosophy theory #2: While the delivery mechanism is less than ideal, the opportunity to have sperm in your body given by rape should make women swoon with gratitude.

Comments by West Virginia Del. Brian Kurcaba, justifying his vote for a bill forcing rape victims to give birth, leave much to be desired:

"Obviously rape is awful..." says Delegate Brian Kurcaba, R-Monongalia. "What is beautiful is the child is that could come from this."
— David Gutman (@David Gutman)1423180910.0

It's not uncommon to hear anti-choicers talk like pregnancy is so rare and precious that you should simply not be allowed to say no to it. But sometimes that mentality, which is dumb enough to begin with---outside of those struggling with infertility, the reality is that pregnancy tends to come, especially without contraception, far more than most people would like---but the underlying assumption behind this flowery rhetoric is even dumber. Which is that sperm is a substance more precious than jewels and more rare than flowers blooming in the winter and women should be falling all over ourselves in gratitude at the opportunity to partake in this magical substance, even if it was provided us under unpleasant circumstances like being violently assaulted. You begin to wonder if these guys are secretly drinking their own spooge to gain mystical energy from it. Either way, someone this out of touch with biological reality should have no business passing laws attempting to regulate it.