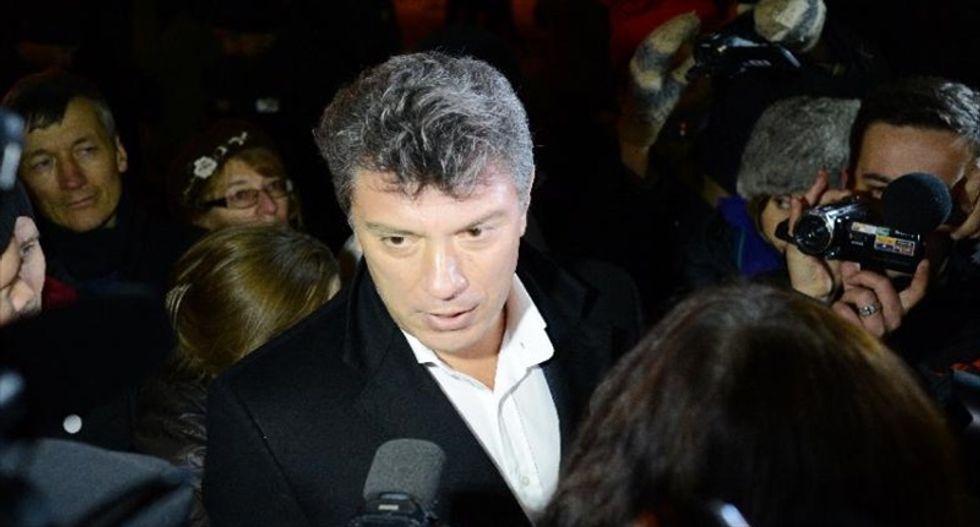 "In central Moscow, a man with documents in the name of Boris Yefimovich Nemtsov was killed," an interior ministry spokesman told AFP early Saturday, declining to give further details.

Russia's Investigative Committee confirmed the death, saying it had opened a criminal probe.

"According to preliminary information, an unidentified person shot at Boris Nemtsov no fewer than 7-8 times from a car as he was walking along the Bolshoi Moskvoretsky bridge," investigators said in a statement.

The committee, which reports directly to Putin, said that "experienced" investigators had been put on the case.

Nemtsov launched his political career as the governor of Nizhny Novgorod region in central Russia and became a vice prime minister in the late 1990s under the presidency of Boris Yeltsin.

After leaving parliament in 2003, he helped establish and led several opposition parties and groups.

Nemtov's murder comes ahead of a major opposition rally scheduled to take place on March 1.

Another interior ministry spokesperson, Yelena Alekseyeva, told reporters at the scene that Nemtsov was walking with a woman when he was shot.

The woman, who is from Ukraine, was now being questioned, she added.

Interior Minister Vladimir Kolokoltsev has taken charge of the criminal probe, she said.

Mikhail Kasyanov, a former prime minister turned opposition leader, told reporters after viewing the scene: "This is payback for the fact that Boris consistently for many, many years fought for Russia to be a free democratic country."