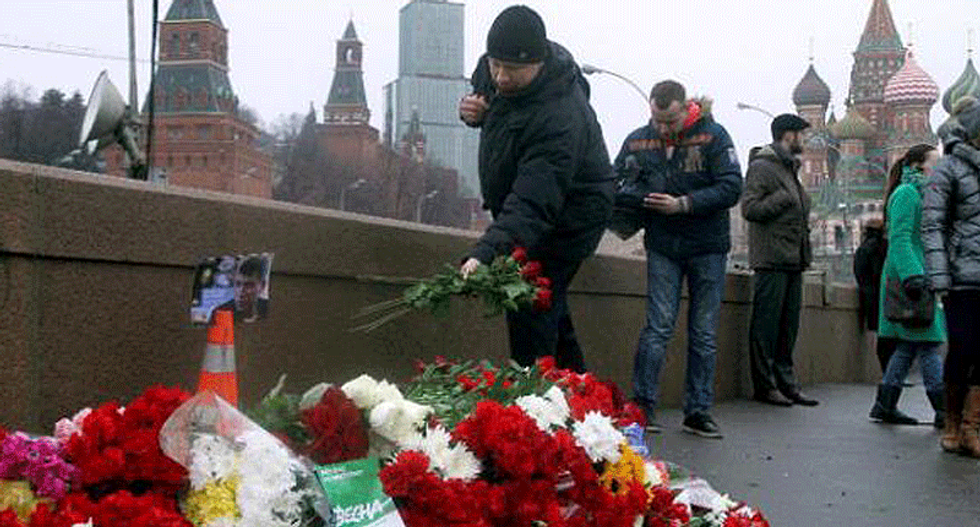 Russian mourners lay flowers at the site when opposition leader Boris Nemtsov was shot dead near Saint-Basil's Cathedral in Moscow, on February 28, 2015 (AFP)

The murder of Russian opposition politician Boris Nemtsov was carefully planned, investigators said Saturday, pointing to details of the weapon used and the killers' knowledge of his movements.

"There is no doubt that the crime was meticulously planned, as well as the place chosen for the murder," the powerful Investigative Committee, which has been put in charge of the probe, said in its first detailed statement on the drive-by shooting of the 55-year-old politician.

Investigators said they believed Nemtsov was shot in the back from a car using a Makarov pistol, used by the Russian military and police.

They said that six cartridges found at the scene were manufactured by different companies, making them harder to trace.

The murder was committed by someone familiar with Nemtsov's plans, they added. "According to the investigation, Boris Nemtsov was going with his female companion to his flat, which is not far from the scene. And it's obvious that the organisers and perpetrators of this crime were informed of his planned route."