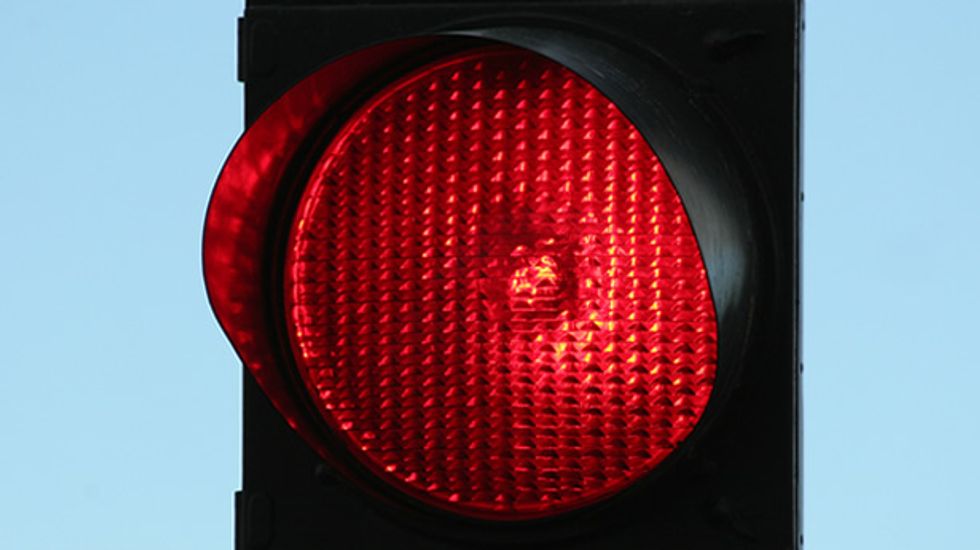 It is one of the most dreaded pieces of mail in Chicago - the $100 ticket that comes after being caught by one of the city's red light or speed cameras.

Chicago is hardly the only U.S. city to install such cameras. But the cost of the tickets, and whether the scandal-plagued program makes the city's streets safer, has become a hot topic for Chicago's Feb. 24 mayoral election.

Mayor Rahm Emanuel, who supports the nation's largest automated camera system, is polling slightly under the 50 percent plus one vote he needs to avoid a run-off against the second-highest vote-getter. Three of the four challengers seeking to topple Emanuel say the cameras should go.

Emanuel's closest rival, Cook County Commissioner Jesus "Chuy" Garcia, who is polling at about 20 percent, said he would only keep cameras that have been proven to reduce accidents.

"It's one more way Chicagoans are pickpocketed every day," said Garcia, adding that the Emanuel administration is burdening the "little guys" in neighborhoods with regressive fees and fines.

Chicago has red-light cameras at 174 intersections and 144 speed cameras near schools and parks around the city. They have brought in $500 million since 2003, according to media reports, a figure Chicago has neither confirmed nor disputed.

Nearly three in four Chicago voters want to eliminate or reduce the camera program, according to a January Chicago Tribune/APC research poll.

"They're certainly a widespread source of irritation and anger and will be a factor," political consultant Don Rose said.

Robert Chiarito, 40, is among the skeptics who think the cameras cause more accidents than they prevent. He said he cannot pay the $750 in red light tickets and fines he owes and as a result, will not park on Chicago streets for fear that his car will get booted.

"Do I pay these stupid tickets or pay my rent?" Chiarito asked.

Red light cameras are used in over 400 U.S. communities, but studies on their effectiveness vary, according to the National Conference of State Legislatures.

The city of Chicago's website says dangerous right-angle crashes were down 47 percent at red-light camera intersections from 2005 to 2012 and rear-end crashes declined by 7 percent.

But a Texas A&M University study commissioned by the Chicago Tribune last year found the cameras reduced right-angle crashes that caused injuries by just 15 percent, and found a 22 percent increase in the rear-end crashes that can result when drivers slam on their brakes to avoid tickets.

Joseph Hummer, a transportation expert at Wayne State University who reviewed the study, said the cameras can make intersections safer, but Chicago's program was a wash.

"They should be used cautiously, as a last resort ... because it's so drastic, it takes so much money out of the pockets of people in Chicago," he said.

But the mayor, who has paid red light camera fines incurred by his own official motorcade, has said Chicago's cameras are about safety and he has ordered the removal of cameras at 16 intersections that have seen a reduction in serious crashes.

"I want the technology to reduce traffic accidents so our police officers are free to fight crime, gangs and guns," Emanuel said during a recent mayoral debate.

The camera program also has a checkered legal history.

The consultant has pleaded guilty. A unit of Xerox Corp now runs the system.

Chicago Alderman Anthony Beale believes the cameras are needed at intersections notorious for red-light running, but has proposed adding countdown signals at camera-monitored intersections to give motorists more warning. He also wants to examine the duration of yellow lights.

"Right now people have no confidence in the system," Beale said.