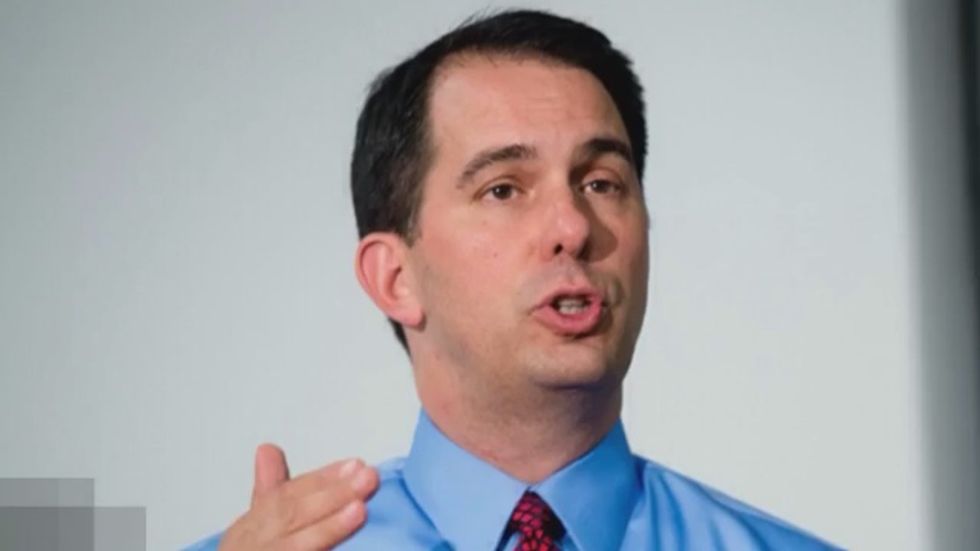 Wisconsin Governor Scott Walker's proposed budget would not merely cut nearly $300 million from the University of Wisconsin system, it would eliminate the requirement that campus employees report sexual assaults they have witnessed, as well as the requirement that campuses report the number of sexual assaults to the Department of Justice, Jezebel's Natasha Vargas-Cooper reports.

In light of the recently discredited Rolling Stone article about an alleged gang-rape at the University of Virginia, the reporting of sexual abuse on campus has become a politicized issue -- especially among conservatives.

Fox News contributor Stacey Dash claimed that women who were sexually assaulted at fraternity parties were "bad girls" who "like to be naughty" and "might go out and play and get hurt."

Universities in the Wisconsin system are currently required to report the number of sexual assaults -- regardless of whether the victims are "bad girls" or not -- to the Department of Justice. The Walker budget not only removes that mandatory report, but also the requirement that any university employee "who witnesses a sexual assault on campus or receives a report from a student enrolled in the institution that the student has been sexually assaulted report the assault to the dean of students."

The new Walker budget would simply "delete" those requirements without offering any alternative policy recommendation, as outlined in a section of the budget titled "DELETE LANGUAGE RELATED TO SEXUAL ASSAULT INFORMATION AND REPORTING" -- in which the first word of every sentence is "delete."

UPDATE: Jezebel retracted the article on which this story was based on Saturday, writing:

After Jezebel ran this item yesterday, a spokesman for the University of Wisconsin came forward—over two weeks after the budget was released—to clarify: the University requested that Gov. Walker delete the requirements because efforts were redundant with their compliance of the Clery Act. Scott Walker's camp assures that he's committed to protecting victims. We reported this piece without full context, and while this piece conveys factual information, omission of that context for that information presents an unfair and misleading picture. We regret the error and apologize.