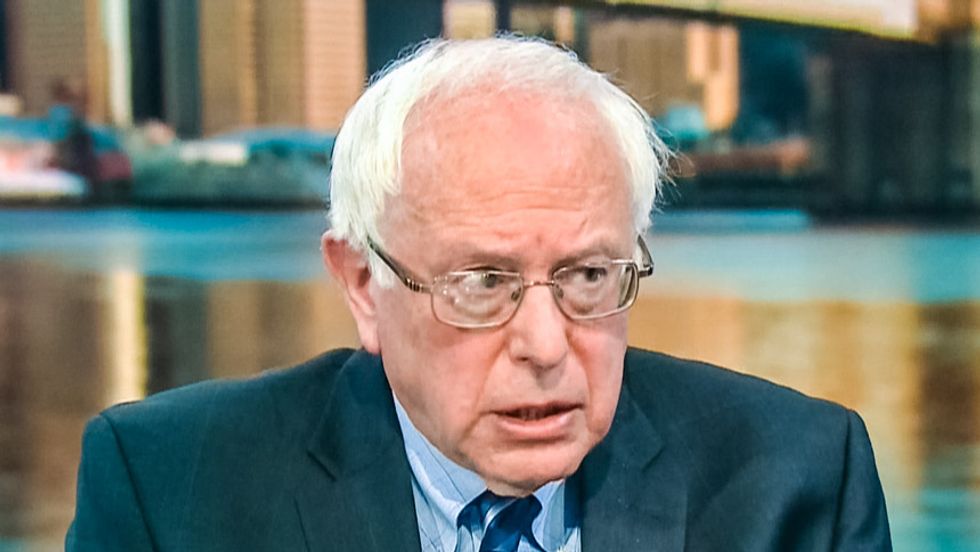 Senator Bernie Sanders is touring Iowa this week in what he is calling a "litmus test" for a presidential run in 2016 -- and the Vermont independent isn't pulling any punches.

The Des Moines Register's Josh Hafner reported that at Drake University on Friday, the stalwart liberal directly asked students whether they were interested in someone with his leftist credentials running.

"What I'm trying to ascertain here," he said, "is whether in fact there is support in America, or are people too demoralized?"

But he noted that Iowa was uniquely suited to fighting those moneyed interests. "You have a historical role in terms of the Iowa caucuses -- one person, one vote," he said. "It is an example of grass-roots democracy. But as a result of Citizens United, we are losing that, and political power is now lasting with the billionaire class."

On Thursday, he laid out his vision for America at the University of Iowa. In addition to a nationwide minimum wage of $15, he called for "a revolution in the way higher education is funded."

Sanders said that he would have the federal government give $18 billion -- a fraction of the increase in defense spending proposed by Obama in this year's budget -- in dollar-for-dollar matching grants to states, a move he believes will allow state universities and colleges to cut tuition costs by 55 percent.

"We must restructure out student loan programs to take the profits out of our system and return them to borrowers in the form of loan forgiveness and lower interest rates," Sanders said.

His remarks were in sharp contrast to those made by Republican presidential hopeful Scott Walker, whose plan to gut higher education spending while funding a new arena for the Milwaukee Bucks can under fire last week.