Senator Elizabeth Warren: The middle class is still getting hammered 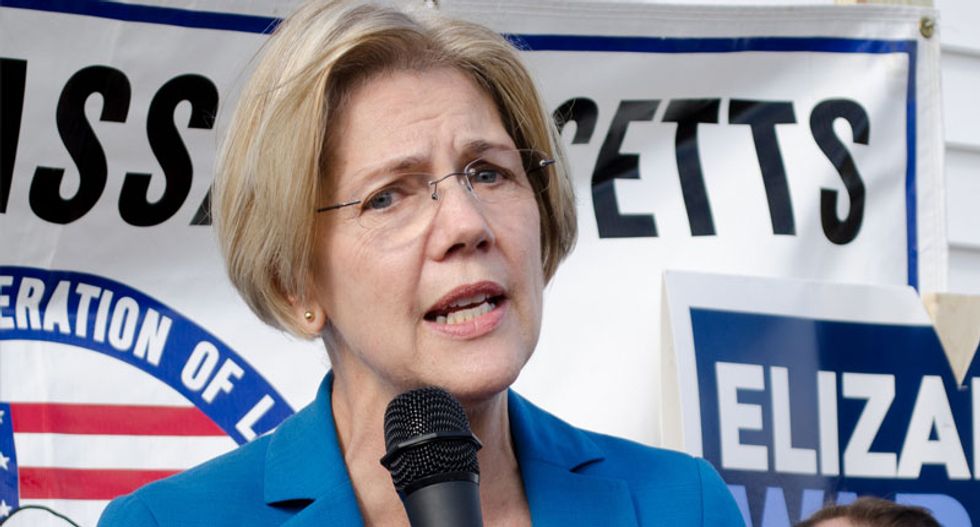 U.S. Democratic Senator Elizabeth Warren, who has so far brushed aside calls to seek the presidency, launched a campaign on Tuesday to tackle middle-class issues expected to be prominent in the 2016 election and promised to be a "loud" voice in the debate.

Warren, a long-time consumer advocate who is often mentioned as a potential White House candidate, said the project was aimed at promoting policies to shift Washington away from corporate lobbyists and instead address education, wages and consumer debt.

But the first-term Massachusetts senator, who has repeatedly said she is not running for president and has sidestepped pleas from liberal supporters who see her as an alternative to Democratic favorite Hillary Clinton, said the effort was not about her.

"What I'm going to do is talk as hard and as long and as loud as I need to, to get people galvanized around change," she said. "This can't just be about politics. It's not just about one person."

The project, launched with Democratic Representative Elijah Cummings of Maryland, includes a series of public forums with leading economists and other experts.

Some of the most urgent issues include boosting investment in schools, improving infrastructure and reforming the tax code, they said in a column in USA Today. Warren and Cummings have not unveiled legislation but said they were gathering information to guide themselves and other lawmakers.

While the effort echoes longstanding Democratic positions, the renewed push signals the latest attempt by those in the party to counter Republican efforts in the 2016 campaign to portray themselves as champions of the middle class.

On Tuesday she acknowledged efforts by the Obama administration to grapple with the 2007-2009 recession even as she positioned herself to call for sweeping changes.

"So how are we going to get Washington working again for working families?" she said. "The answer is: We've got to get out there and stir it up a little bit."